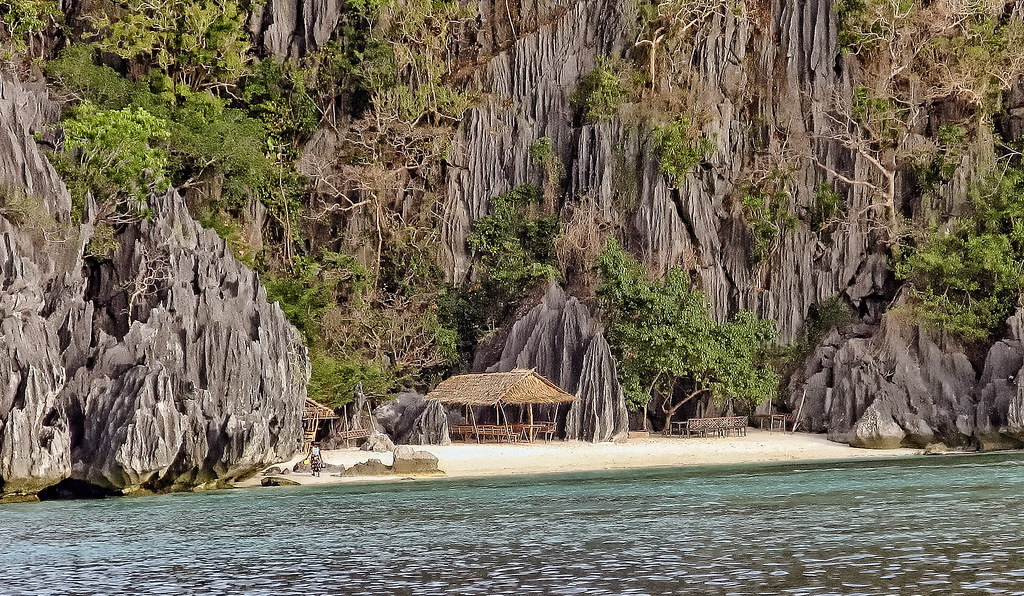 License: Creative Commons - Attribution
Author: Ray in Manila
Description:
Coron is famous for its World War II wreck diving, and the site has been named in many lists of top dive spots in the world. In September 1944, a fleet of Japanese ships hiding in the harbour were sunk in a daring raid by the US navy. The result is around ten well preserved underwater shipwrecks surrounded with coral reef. Coron limestone was formed 260 million years ago as a coral reef along the length of Southeast Asia and was part of the China Continental Crust. It was later rafted to its present location north of Palawan by tectonic movements. They were uplifted by tectonism some 30 million years ago and then extensively eroded by waves and monsoon rains to create its present unique “karst” topography. These limestone crops rise dramatically as cathedral-like formations more 400 meters above sea level. Palawan has recently been named by Conde Nast Traveller as The Best Island in The World for the second year running.