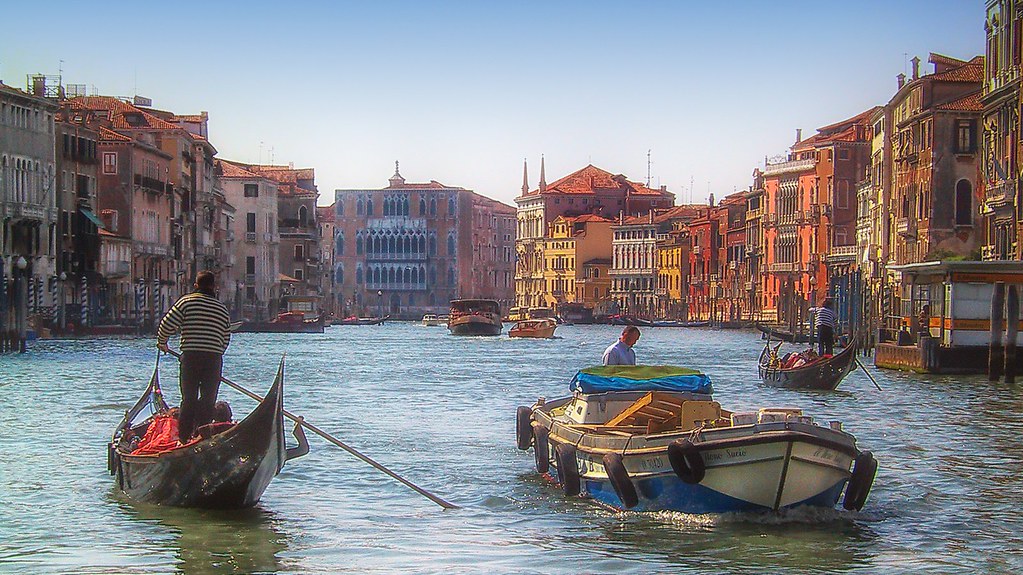 License: Creative Commons - Attribution
Author: Ray in Manila
Description:
PUBLISHED: www.tripsavvy.com/venice-in-may-1548151 www.reidsitaly.com/places/venice/plan/getting-to-venice/t... ---------------- The Grand Canal forms one of the major water-traffic corridors in the city. Public transport is provided by water buses and private water taxis, and many tourists explore the canal by gondola. It is 3.8 km long, and 30 to 90 m wide, with an average depth of five meters. The banks of the Grand Canal are lined with more than 170 buildings, most of which date from the 13th to the 18th century, and demonstrate the welfare and art created by the Republic of Venice. The noble Venetian families faced huge expenses to show off their richness in suitable palazzos; this contest reveals the citizens’ pride and the deep bond with the lagoon. Because most of the city's traffic goes along the Canal rather than across it, only one bridge crossed the canal until the 19th century, the Rialto Bridge. There are currently three more bridges, the Ponte degli Scalzi, the Ponte dell'Accademia, and the recent, controversial Ponte della Costituzione, designed by Santiago Calatrava, connecting the train station to Piazzale Roma, one of the few places in Venice where buses and cars can enter. As was usual in the past, people can still take a ferry ride across the canal at several points by standing up on the deck of a simple gondola called a traghetto, although this service is less common than even a decade ago. Most of the palaces emerge from water without pavement. Consequently, one can only tour past the fronts of the buildings on the grand canal by boat. en.wikipedia.org/wiki/Grand_Canal_(Venice)