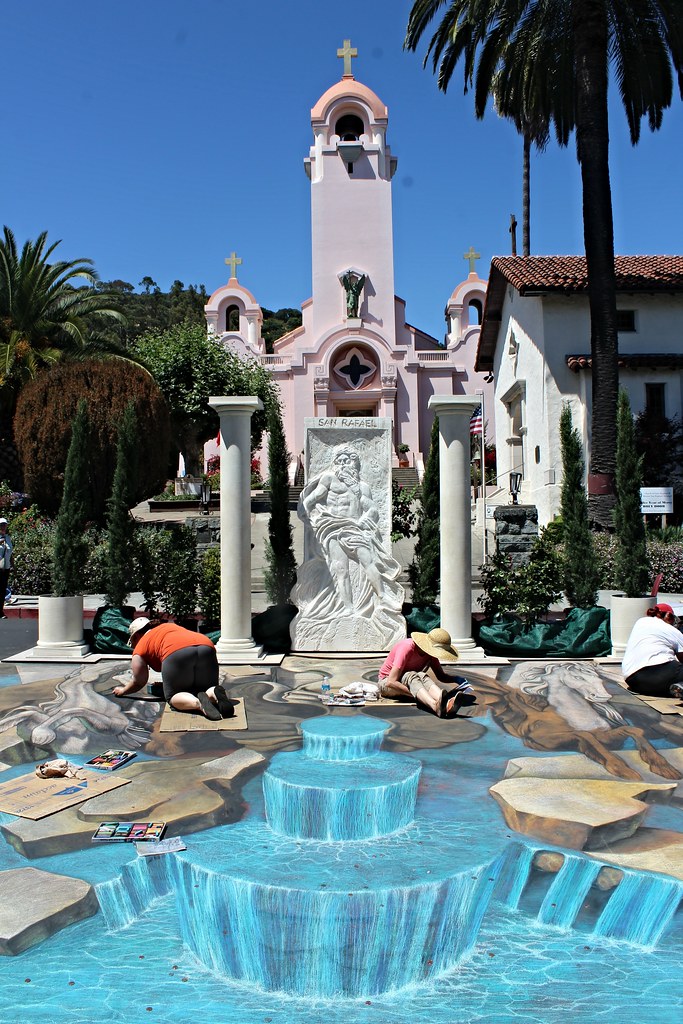 License: Creative Commons - Attribution
Author: Mark Gunn
Description:
Today at the Italian Street Painting Festival in San Rafael, California. Ha, we have our own Trevi fountain today. As part of the festivities the local cinema is playing Roman Holiday too. Where does the art end and reality begin. Awesome festival this! Unbelievably hot though, and these poor artists are sitting on the tarmac, it must be unbearable. As you can see they encouraged coin throwing into the "fountain", neat way to get a few tips! The building behind to the right is the San Rafael Mission (rebuilt). California's initial European settlers were Spanish missionaries who set up 21 missions, of which this is one, through what would become the California state. After Mexican independence, California became a territory of Mexico, before ultimately becoming part of the USA.