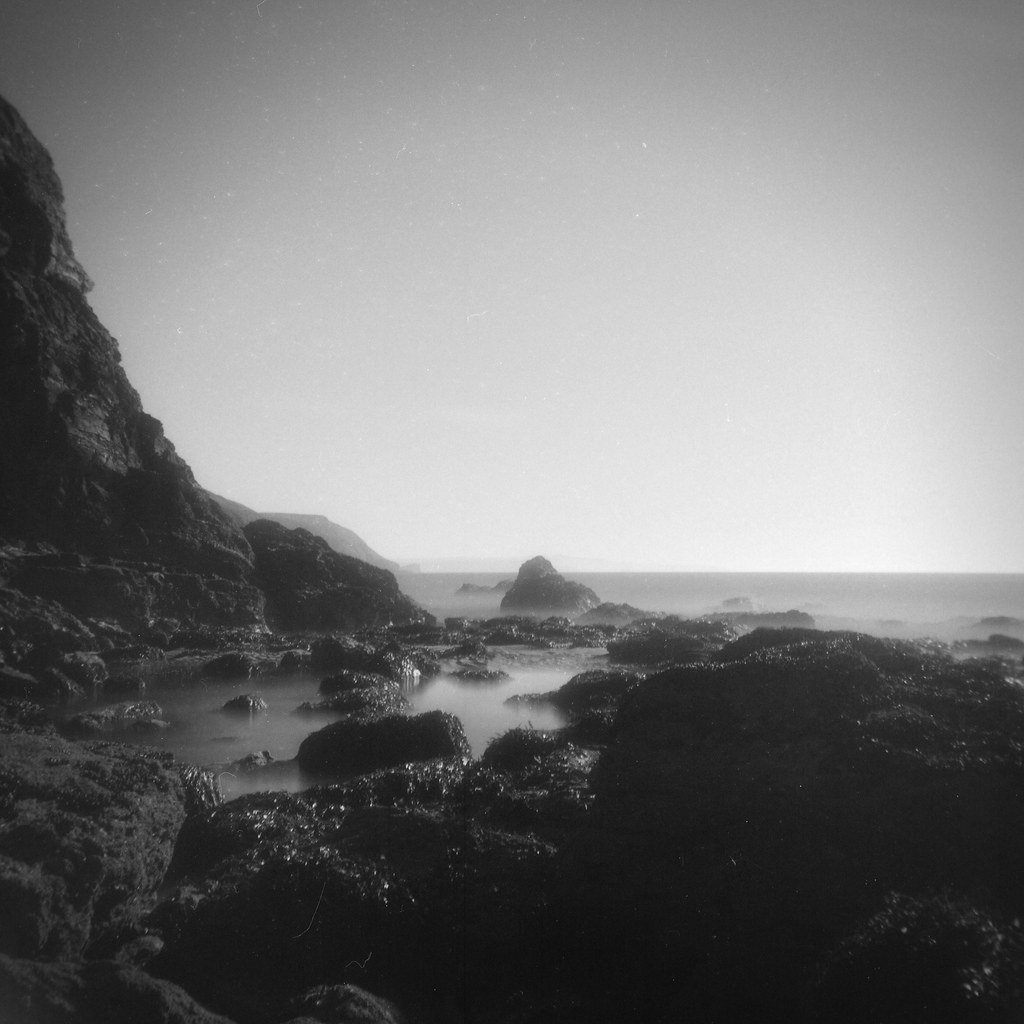 License: Creative Commons - Attribution
Author: Martin Brigden
Description:
Long Exposure Testing with an old Gnome Pixie 620 Box Camera. Finally after burning through three rolls of film I have created an image using a Gnome Pixie 620 Box camera, a piece of 10 grade welding glass and 30 Minutes of hanging around! I've been trying to get LE's using this setup for a little while but with no information as to the f-stop of this little beasty trying to guess an exposure time was proving troublesome. Now I have my base reading I should be able to get some more shots with out wasting anymore film. This shot took 30 minutes on a very sunny early evening with the sun setting just out of frame to the right, when comparing it to the standard shot I took I think it would take around 45mins to get it just right, way more than the 2 minutes I originally went for :O Its not the greatest shot in the world but I felt a bit of a 'daguerre' moment when I saw the negative. Anyway, enough of my ramblings, I gotta go get me some more film! Camera: Gnome Pixie Film: Fomapan 100 on an adapted 120 spool Developed with Tetenal Paranol S