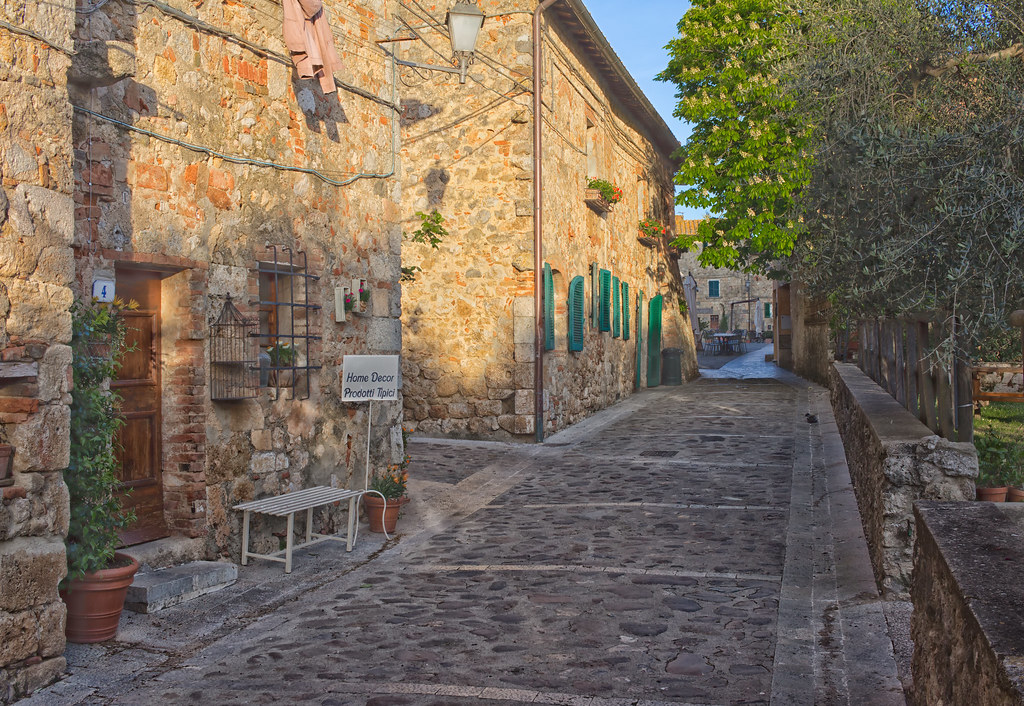 License: Creative Commons - Attribution
Author: Ray in Manila
Description:
Monteriggioni is a medieval walled town, located on a natural hillock, built by the Sienese in 1214–19 as a front line in their wars against Florence, by assuming command of the Via Cassia running through the Val d'Elsa and Val Staggia to the west. During the conflicts between Siena and Florence in the Middle Ages, the city was strategically placed as a defensive fortification. It also withstood many attacks from both the Florentines and the forces of the Bishop of Volterra. In 1554 the Sienese were able to place control of the town's garrison to Giovannino Zeti, who had been exiled from Florence. In 1554, in an act of reconciliation with the Medicis, Zeti simply handed the keys of the town over to the Medicean forces - considered a "great betrayal" by the town's people. The roughly circular walls, totalling a length of about 570 metres (1,870 ft) and following the natural contours of the hill, were built between 1213 and 1219. There are 14 towers on square bases set at equidistance, and two portals or gates. One gate, the Porta Fiorentina opens toward Florence to the north, and the other, the Porta Romana, faces Rome to the south. The main street within the walls connects the two gates in a roughly straight line. The main piazza, the Piazza Roma, is dominated by a Romanesque church with a simple, plain façade. Other houses, some in the Renaissance style (once owned by local nobles, gentry and wealthy merchants) face into the piazza. Off the main piazza smaller streets give way to public gardens fronted by the other houses and small businesses of the town. In more hostile times, these gardens provided vital sustenance when enemies gathered without. The town is architecturally and culturally significant; it hosts several piazzas, and is referenced in Dante Alighieri's Divine Comedy, as well as a playable locale in Ubisoft's video game installments Assassin's Creed II and Assassin's Creed: Brotherhood. en.wikipedia.org/wiki/Monteriggioni