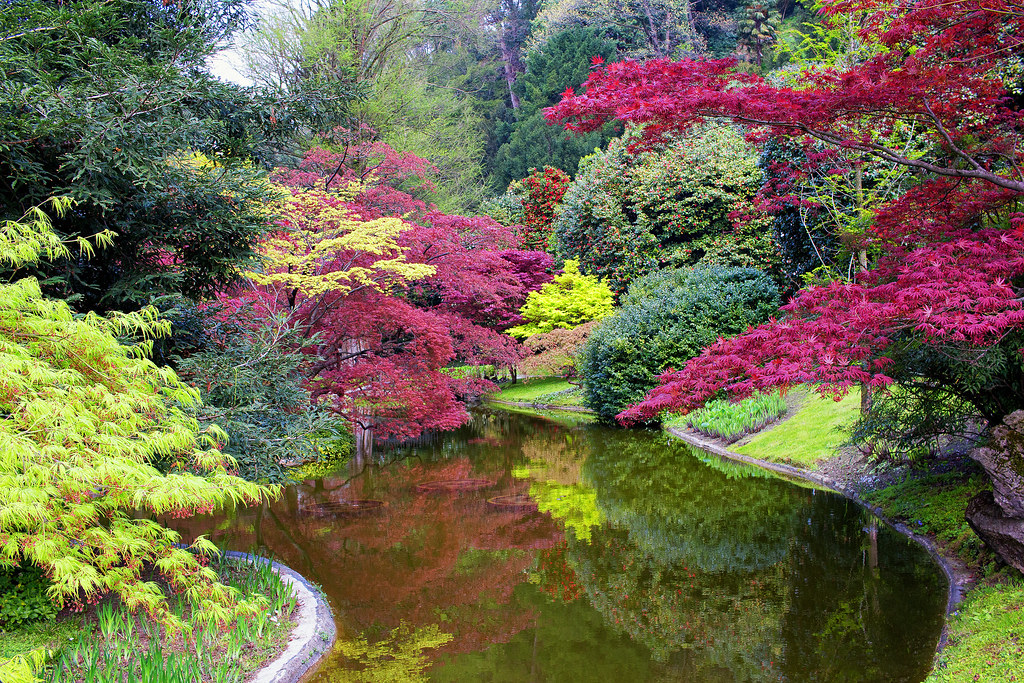 License: Creative Commons - Attribution
Author: Ray in Manila
Description:
Francesco Melzi d’Eril, count of Lodi and Vice president of the First Italian Republic in the time of Napoleon, decided at the beginning of the 19th century to build a summer residence at Bellagio. The villa was built between 1808 and 1810; The park was commissioned to Luigi Canonica and the agronomist Luigi Villoresi, who also laid out the Parco di Monza The axis of the garden extends up the slope from the lake to a high point above the villa. It is crossed by many winding paths. Under the trees, along the shore and at the intersections of the paths, are Egyptian sculptures and Roman statues which add to the romantic atmosphere of the garden. According to the taste of the period lots of exotic trees were planted. Fascinating is the Japanese pond with water lilies, surrounded by Japanese maple trees and cedar trees.