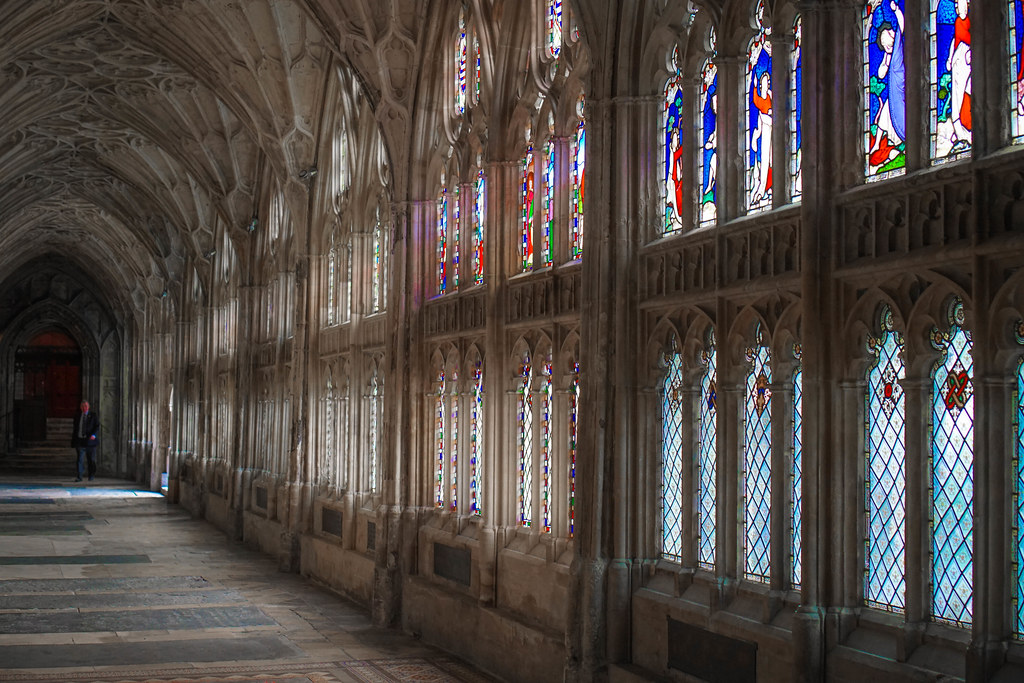 License: Creative Commons - Attribution
Author: judy dean
Description:
at Gloucester Cathedral. I have pictures of the amazing vaulted ceiling as well.... We had such a nice time wandering round - it's all so awe inspiring! Possibly one of the nicest of all the Cathedrals I have visited. www.gloucestercathedral.org.uk/visit/what-to-see-and-do/h... Gloucester’s great Cloister is famous for its magnificent fan vaulting, which is believed to be the earliest example in England. Originally built to house the monks, it provided space for them to live, work and meditate. In many abbeys, the cloisters were traditionally built on the south side, but at Gloucester, it unusually lies on the north. Using the normal Benedictine layout, all of the domestic buildings would have originally branched off three of the cloister walks. Begun in the late 14th century and finished by Abbot Froucester before 1412, it replaced an earlier Norman cloister. The design itself incorporates a row of twenty carrels (niche like spaces), which would have originally houses desks for the monks to study. The Cloister also includes a lavatorium, (washing place) which would have made use of a local stream. 14. Linear patterns