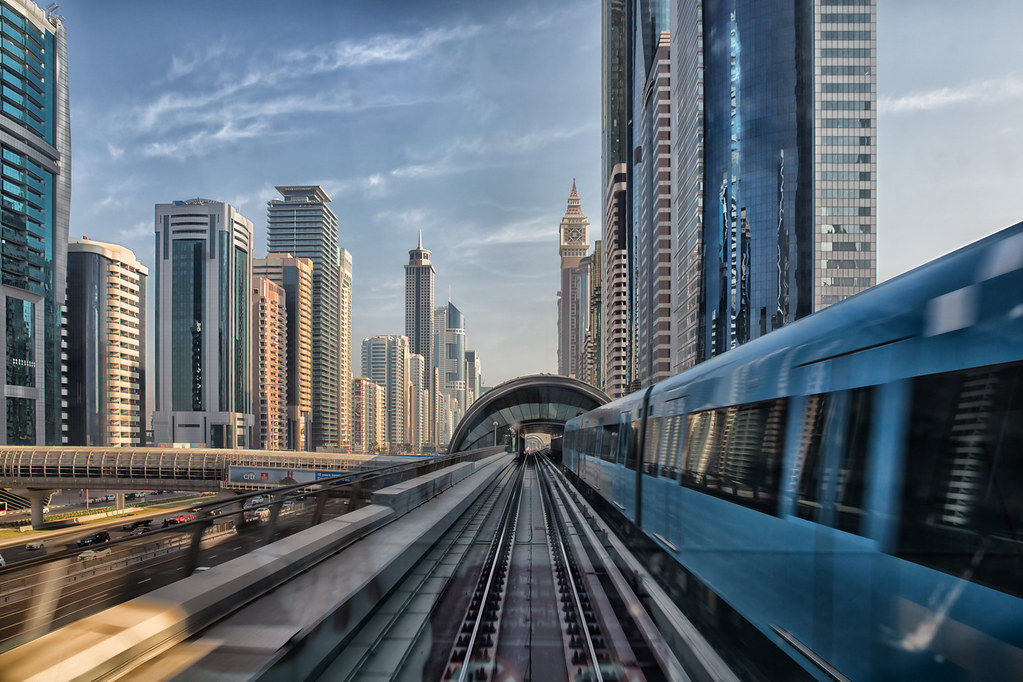 License: Creative Commons - Attribution-No Derivatives
Author: ANDY ARCIGA
Description:
The Sheikh Zayed Road is the main artery of the city. The highway runs parallel to the coastline from Trade Centre Roundabout to the border with the emirate of Abu Dhabi, 55 kilometres (34 mi) away in the area of Jebel Ali. The road was formerly known as Defence Road. Between 1993 and 1998, 30 kilometres (19 mi) of the road was expanded. Along with this improvement came a change in the name. Sheikh Maktoum bin Rashid Al Maktoum, the Ruler of Dubai at the time, named the road after the then president of the United Arab Emirates, Sheikh Zayed bin Sultan Al Nahyan. The Sheikh Zayed Road is home to most of Dubai's skyscrapers, including the Emirates Towers. The highway also connects other new developments such as the Palm Jumeirah and Dubai Marina. The road has most of the Red Line of Dubai Metro running alongside it. In Dubai itself much of the highway has seven to eight lanes in each direction.