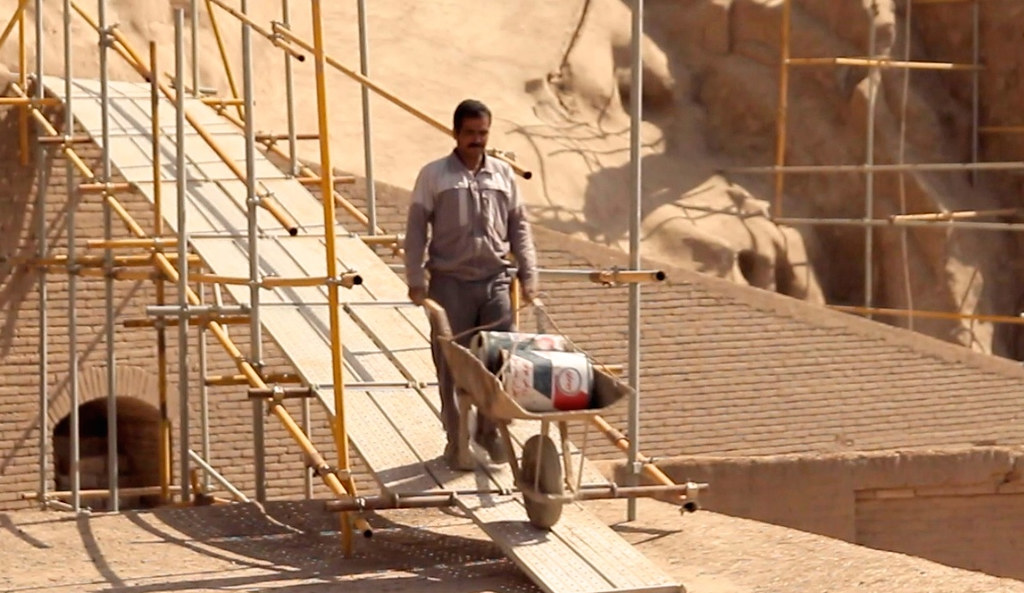 License: Creative Commons - Attribution
Author: OXLAEY.com
Description:
Watch the film at: youtu.be/0ObVHKuc0Cg In 2003, the UNESCO World Heritage city of Bam was destroyed by an earthquake. 30,000 people died and the ancient citadel was destroyed. Since then, the government of Iran has been rebuilding Bam. Mr. Hadi Ahmadi was there the day after the earthquake. His work was critical in the rebuilding process during the first years after the earthquake. 'When I arrived there, everything was destroyed. There were bodies on the streets. Everything had collapsed. Bam city, the city that we know now, dates back to 2500 years before. A very beautiful, big castle, a mud-brick castle. Everyone knows Bam as a symbol of earthen architecture in Iran. Some experts argued that we have to rebuild the Bam citadel as it was - with the same materials and same methods - just keep the tradition keep the authenticity. Other believed that we have to reconstruct Bam with new materials and totally rebuild it. The middle decision between these two groups was to rebuild Bam by using traditional materials but using modern methods. With the knowledge we have now about mud brick, soil an clay - we can make the best mud brick possible. Everything in Bam is still made with mud bricks. Mud brick technology hasn't changed so much until now. First they take the mud and put it in a timber frame. Then they remove the timber, put it under the sun to dry it. It's just that simple. The scientific part is concerned with the kind of soil we use, and the type of additives and how we put them together. We add things to the mud brick - usually straw - to increase the resistance of the bricks to crack. German experts from Dresden University used new materials in getting mud bricks to stick to the wall such as fiberglass. The Iranian part used a palm tree rope to use in building domes. Archeologists found a lot of things. Before the earthquake everybody thought it maybe dates back 2,500 years ago but they didn't know what had happened inside the walls, underneath the houses. Now you can see a beautiful, clean city, alleys, the bazaar, buildings. You can see several workshops with laborers and masters who are actuality rebuilding and restoring the destroyed buildings. You can see a lot of scaffolding who are working to rebuild Bam. All Iranians were united about rebuilding Bam - and also the world. If everybody wants it, the huge destruction, the huge disaster, could be solved, if everybody works together.