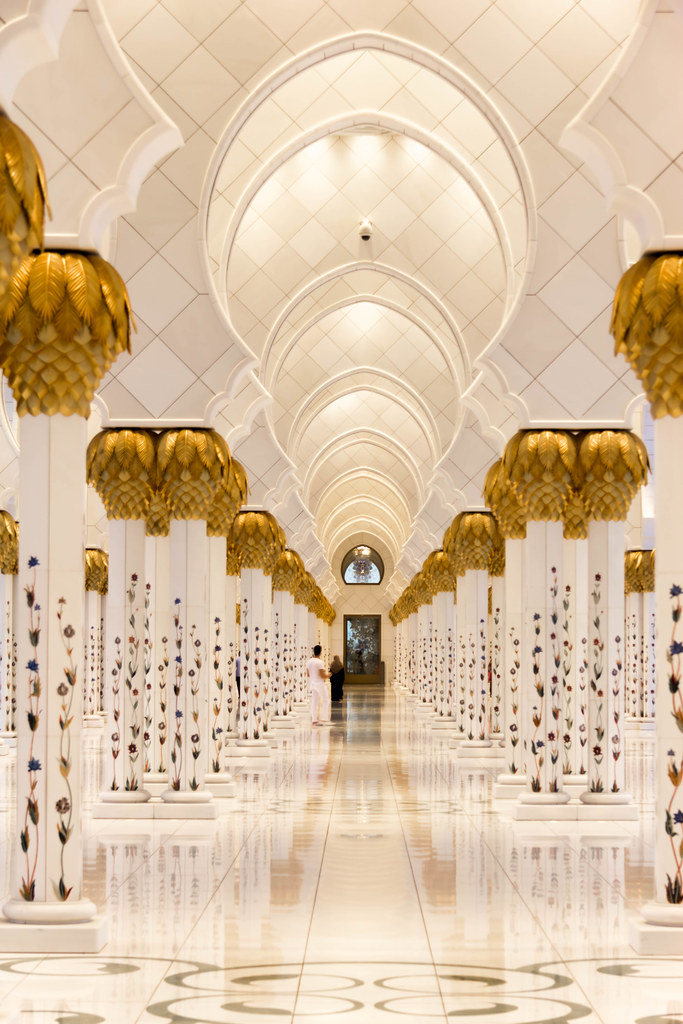 License: Creative Commons - Attribution-Share Alike
Author: Andrew Moore
Description:
The Sheikh Zayed Grand Mosque's design and construction "unites the world", using artisans and materials from many countries including Italy, Germany, Morocco, Pakistan, Turkey, Malaysia, Iran, China, United Kingdom, New Zealand, Greece and United Arab Emirates. More than 3,000 workers and 38 renowned contracting companies took part in the construction of the mosque. Natural materials were chosen for much of its design and construction due to their long-lasting qualities, including marble stone, gold, semi-precious stones, crystals and ceramics. It was built by the Italian company Impregilo. The design of the Sheikh Zayed Mosque has been inspired by Persian, Mughal and Moorish mosque architecture, particularly the Badshahi Mosque in Lahore, Pakistan and the Hassan II Mosque in Casablanca, Morocco being direct influences. The dome layout and floorplan of the mosque was inspired by the Badshahi Mosque and the architecture was inspired by Persian, Mughal and Moorish design. Its archways are quintessentially Moorish and its minarets classically Arab. The design of the mosque can be best described as a fusion of Arab, Persian, Mughal and Moorish architecture. en.wikipedia.org/wiki/Sheikh_Zayed_Mosque Abu Dhabi. UAE