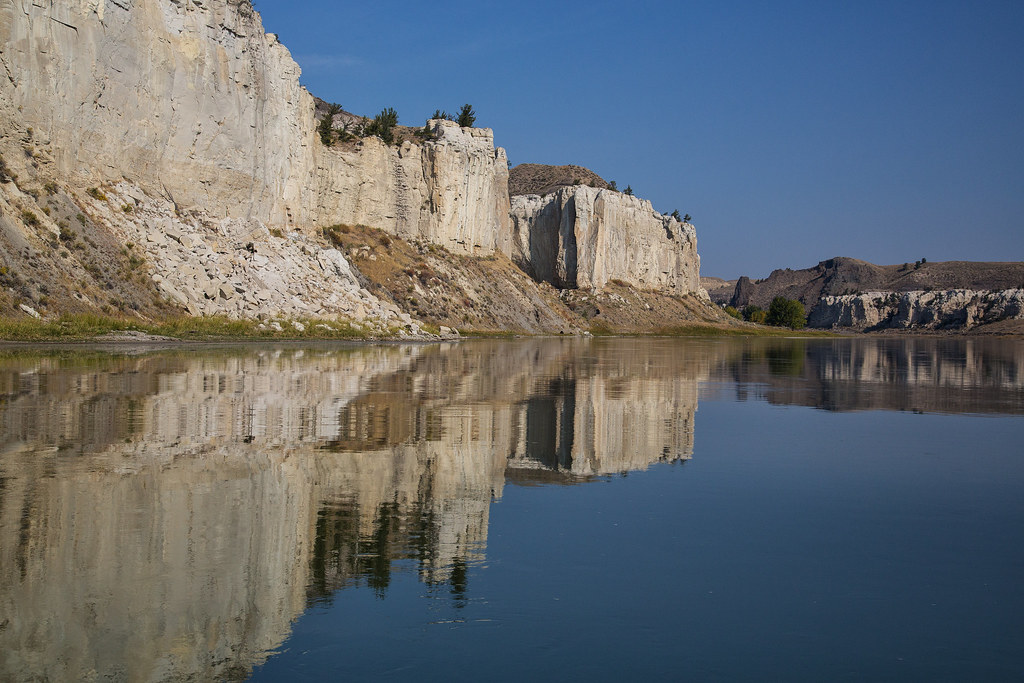 License: Creative Commons - Attribution
Author: Bureau of Land Management
Description:
Welcome to the March #conservationlands15 Social Media Takeover — With Dinosaurs! Today’s takeover will feature National Conservation Land locations that have been the sites of some of the most significant dinosaur discoveries in the world! Stay tuned for a top 15 list of dinosaur discoveries, a paleo bucket list location and more throughout the day. Our first dinosaur destination is the Upper Missouri River Breaks National Monument in central Montana. This area, known locally as “The Breaks,” features a quintessential vast western landscape that was frequently portrayed in the paintings of American artist Charles M Russell. In 1855, Just 50 years after the famed Lewis and Clark expedition first came through the Upper Missouri, Ferdinand Hayden set off on his own expedition to document the paleontology and geology of the area. Among his findings were at least two different types of theropod dinosaur — the first skeletal remains of dinosaurs ever discovered in North America. Visitors will find the landscapes of The Breaks are much the same as they were when the lands were first explored in the 1800, with the 149-mile Upper Missouri National Wild and Scenic River as a centerpiece. Photo by Bob Wick, BLM.