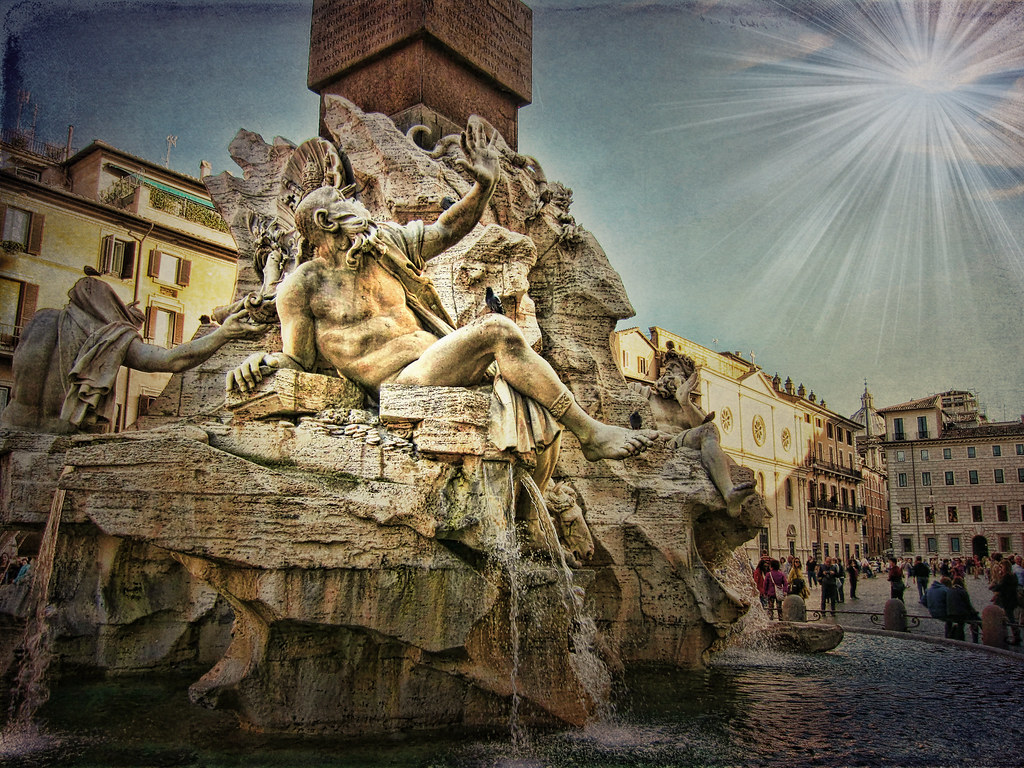 License: Creative Commons - Attribution
Author: Nick Kenrick
Description:
Defined during the fifteenth century, the Baroque-style Piazza Navona is one of the most charming and popular squares in Rome. Fontana dei Quattro Fiumi Erected in the centre of Piazza Navona, the Fontana dei Quattro Fiumi (Fountain of the Four Rivers) was designed by Bernini in 1651. The four statues represent the most important rivers of the continents where Christianity had spread; the Nile, Danube, the Ganges and Rio de la Plata. In the middle there is an obelisk measuring 52 ft (16 m), which had originally been part of the Circus of Maxentius, found in the Appian Way Regional Park. skeletalmess texture