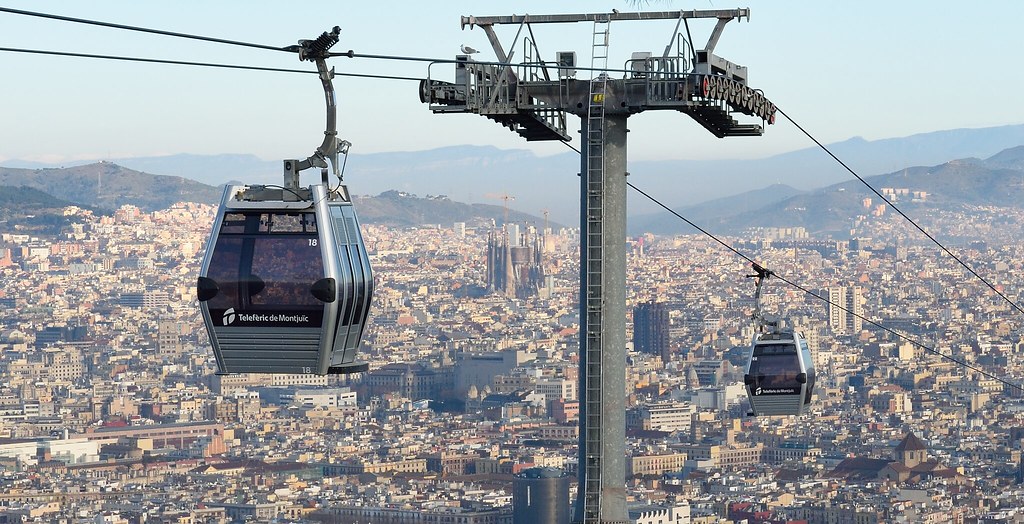 License: Creative Commons - Attribution
Author: Tim Adams
Description:
A round trip ride on the Telefèric will set you back about $13 U.S., and is a sound buy for a tourist visiting on a reasonably clear day. I took this shot near the Montjuïc castle after I climbed off, but riders will have plenty of opportunities to photograph the Barcelona skyline while airborne. Nearly dead center in this shot: Antoni Gaudí's too-magnificent-for-words Sagrada Família, featured elsewhere in this photo set. One word of warning: you won't find a funicular near the Paral-lel metro station waiting to take you to the Telefèric. What I saw after disembarking at Paral-lel was a humble sign, shamefully admitting closure of the funicular for the future foreseeable, and directing me to a shuttle bus stop.