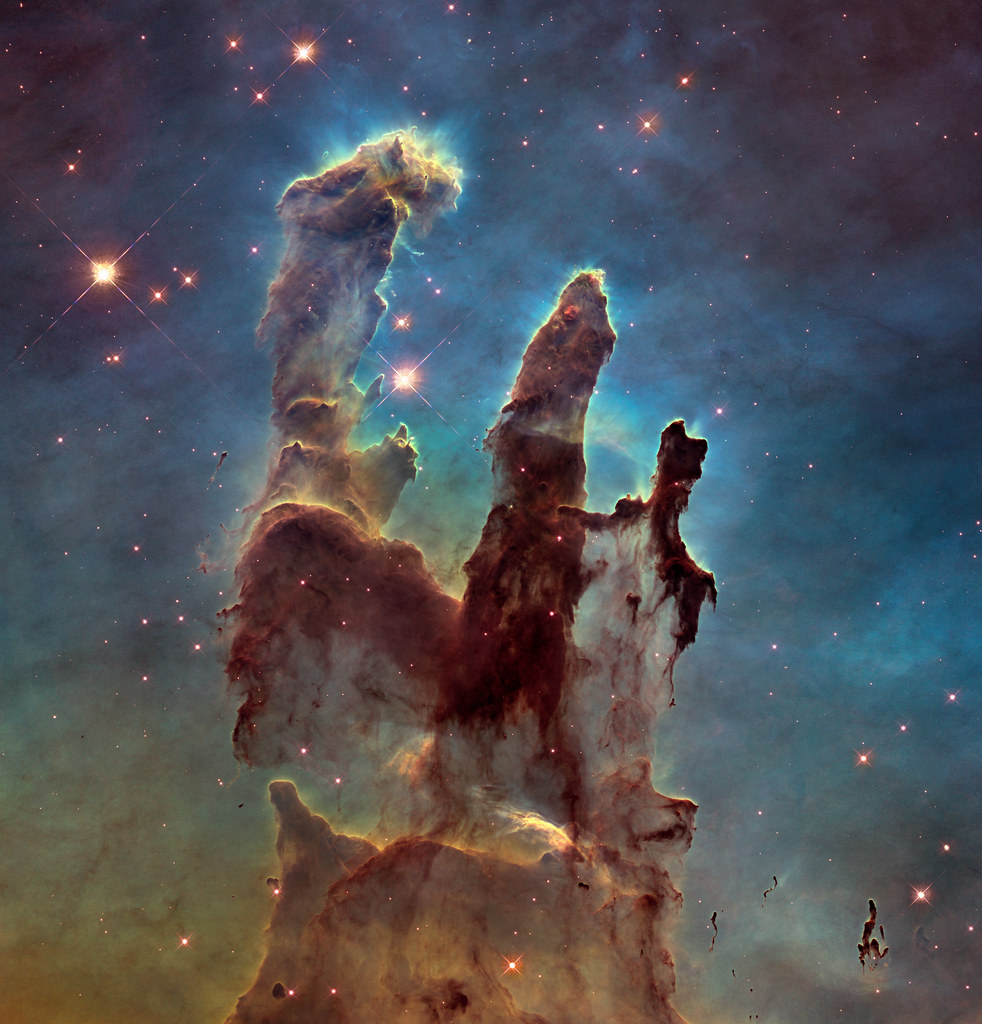 License: Creative Commons - Attribution
Author: NASA Goddard Space Flight Center
Description:
NASA's Hubble Space Telescope has revisited the famous Pillars of Creation, revealing a sharper and wider view of the structures in this visible-light image. Astronomers combined several Hubble exposures to assemble the wider view. The towering pillars are about 5 light-years tall. The dark, finger-like feature at bottom right may be a smaller version of the giant pillars. The new image was taken with Hubble's versatile and sharp-eyed Wide Field Camera 3. The pillars are bathed in the blistering ultraviolet light from a grouping of young, massive stars located off the top of the image. Streamers of gas can be seen bleeding off the pillars as the intense radiation heats and evaporates it into space. Denser regions of the pillars are shadowing material beneath them from the powerful radiation. Stars are being born deep inside the pillars, which are made of cold hydrogen gas laced with dust. The pillars are part of a small region of the Eagle Nebula, a vast star-forming region 6,500 light-years from Earth. The colors in the image highlight emission from several chemical elements. Oxygen emission is blue, sulfur is orange, and hydrogen and nitrogen are green. Credit: NASA, ESA, and the Hubble Heritage Team (STScI/AURA) Read more: 1.usa.gov/1HGfkqr NASA image use policy. NASA Goddard Space Flight Center enables NASA’s mission through four scientific endeavors: Earth Science, Heliophysics, Solar System Exploration, and Astrophysics. Goddard plays a leading role in NASA’s accomplishments by contributing compelling scientific knowledge to advance the Agency’s mission. Follow us on Twitter Like us on Facebook Find us on Instagram