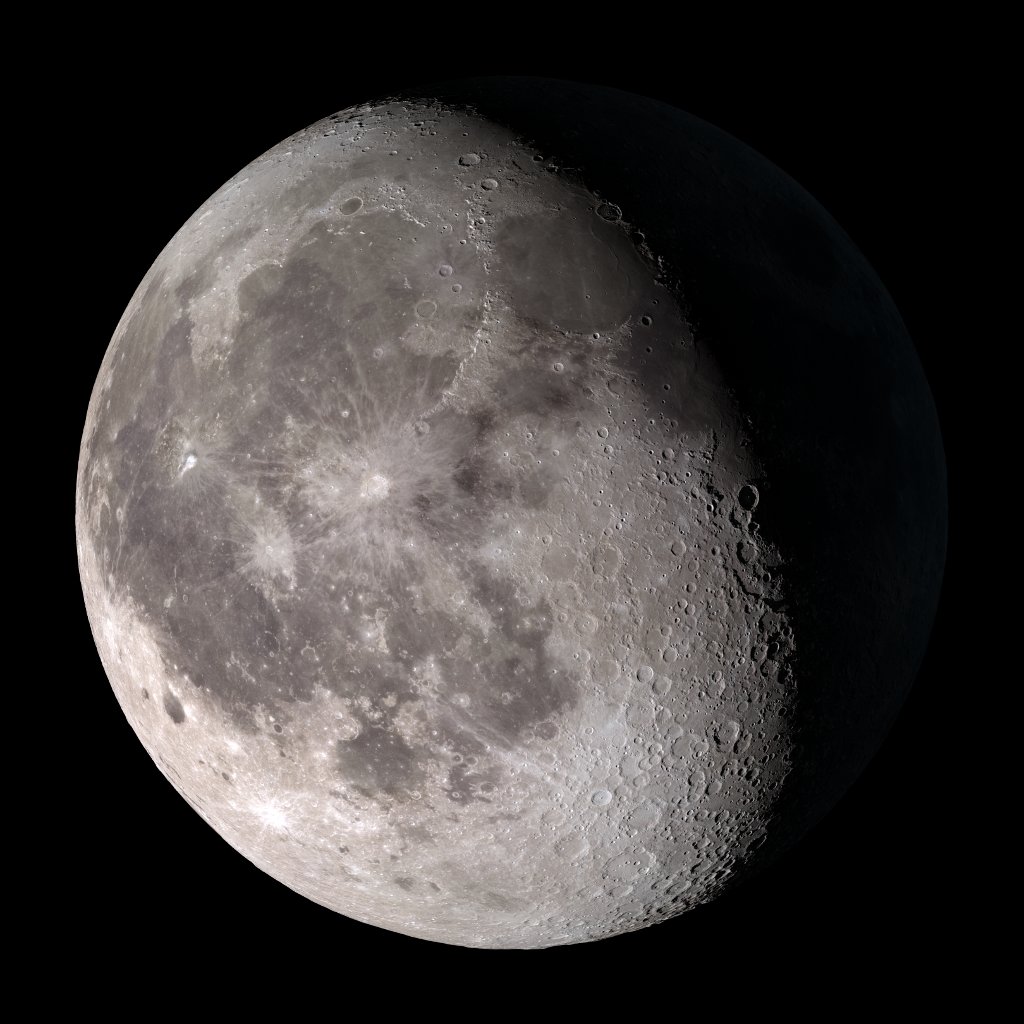 License: Creative Commons - Attribution
Author: NASA Goddard Space Flight Center
Description:
Waning gibbous. Rises after sunset, high in the sky after midnight, visible to the southwest after sunrise. NASA's Lunar Reconnaissance Orbiter (LRO) has been in orbit around the Moon since the summer of 2009. Its laser altimeter (LOLA) and camera (LROC) are recording the rugged, airless lunar terrain in exceptional detail, making it possible to visualize the Moon with unprecedented fidelity. This is especially evident in the long shadows cast near the terminator, or day-night line. The pummeled, craggy landscape thrown into high relief at the terminator would be impossible to recreate in the computer without global terrain maps like those from LRO. To download, learn more about this visualization, or to see what the Moon will look like at any hour in 2015, visit svs.gsfc.nasa.gov/goto?4236 NASA image use policy. NASA Goddard Space Flight Center enables NASA’s mission through four scientific endeavors: Earth Science, Heliophysics, Solar System Exploration, and Astrophysics. Goddard plays a leading role in NASA’s accomplishments by contributing compelling scientific knowledge to advance the Agency’s mission. Follow us on Twitter Like us on Facebook Find us on Instagram