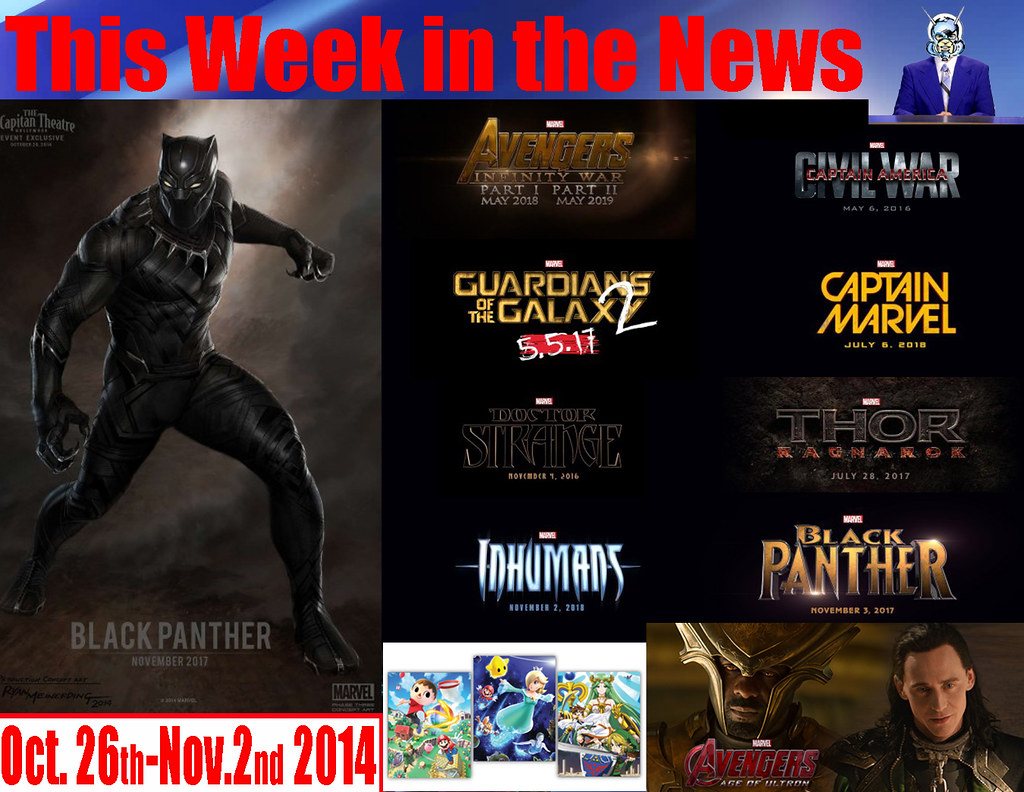 License: Creative Commons - Attribution-Share Alike
Author: AntMan3001
Description:
... and I thought we were done with all the mind blowing news, but I'm not complaining!!!!!!!!!!! Our first story is that Marvel has released their Phase 3 Slate!!! these movies include (I'll give my thoughts on each of these movies in one sentence): 05/06/16 Captain America: Civil War: Civil War is my favorite Marvel comic storyline so YAAAY! 11/04/16 Doctor Strange: I can't wait to see the magical part of the MCU. 05/05/17 Guardians of the Galaxy 2: The sequel to my favorite movie of all time, YES PLEASE! 07/28/17 Thor: Ragnarok: I really hope the introduce Beta Ray Bill in this one! 11/03/17 Black Panther: Black Panther is a bad ass so I think this is the solo film that I'm looking forward to the most! 07/06/18 Captain Marvel: Captain Marvel is basically the Superman of the Marvel universe, so I'm really interested in what they are going to do with Carol! 11/02/18 Inhumans: Honestly, this is the one that I'm the least excited for because I was never really a fan of these guys. 05/??/18 Avengers: Infinity War Part I: Holy shiiiiiiiit!! 05/??/19 Avengers: Infinity War Part II: HOLY SHIIIIIIIIIIT!!! What is your most anticipated Phase 3 movie? Leave your answer and why in the comments below! The next story of the week is that Nintendo has put 3 Super Smash Bros posters onto Club Nintendo. Ugh, they put the 3 worst ones! But I hope this is a sign that Nintendo is going to start putting more physical rewards on Club Nintendo because honestly, that place has gone to shit. The last story is that Heimdall and Loki are going to be in Age of Ultron! I bet they are going to in Thor Ragnarok so that's probably why they are putting them in. So that's it for this week, if we get ANOTHER week of mind blowing news, then it will officially be the best time to be alive EVER. alright see you guys next time on 'THIS WEEK IN THE NEEEWS'!!!