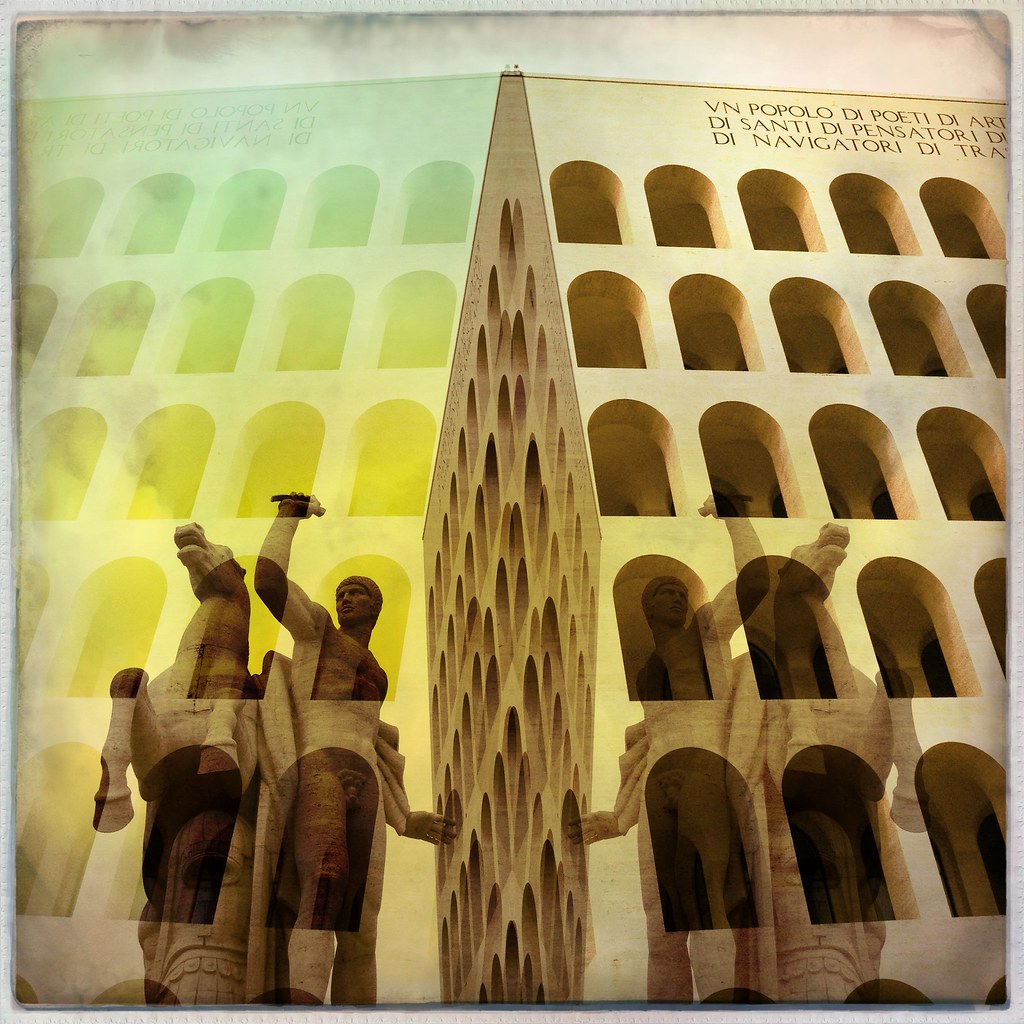 License: Creative Commons - Attribution
Author: Nick Kenrick
Description:
The Palazzo della Civiltà Italiana, also known as the Palazzo della Civiltà del Lavoro or simply the Colosseo Quadrato (Square Colosseum), is an icon of Fascist architecture. The EUR provides a large-scale image of how urban Italy might have looked if the fascist regime had not fallen during the war—large, symmetrical streets and austere buildings of limestone, tuff and marble, in either stile Littorio, inspired by ancient Roman architecture, or Rationalism. Its architectural style is often called simplified neoclassicism. Marcello Piacentini, the coordinator of the commission for E42, based it on the Italian Rationalism of Pagano, Libera, and Michelucci. The design of the "Square Colosseum" was inspired more to celebrate the Colosseum, and the structure was intended by Benito Mussolini as a celebration of the older Roman landmark. Similar to the Colosseum, the palace has a series of superimposed loggias, shown on the façade as six rows of nine arches each. These numbers are said to be an allusion to the name of the Fascist dictator: "Benito" having six letters and "Mussolini," nine.[by whom?] The palace is entirely clad in travertine marble, as is characteristic of buildings in the EUR. It is a parallelepiped on a square base, with six levels rising above a podium. The scale is imposing: the base covers an area of 8,400 square meters, and the building has volume 205,000 cubic meters with a height 68 meters (50 meters from the base).