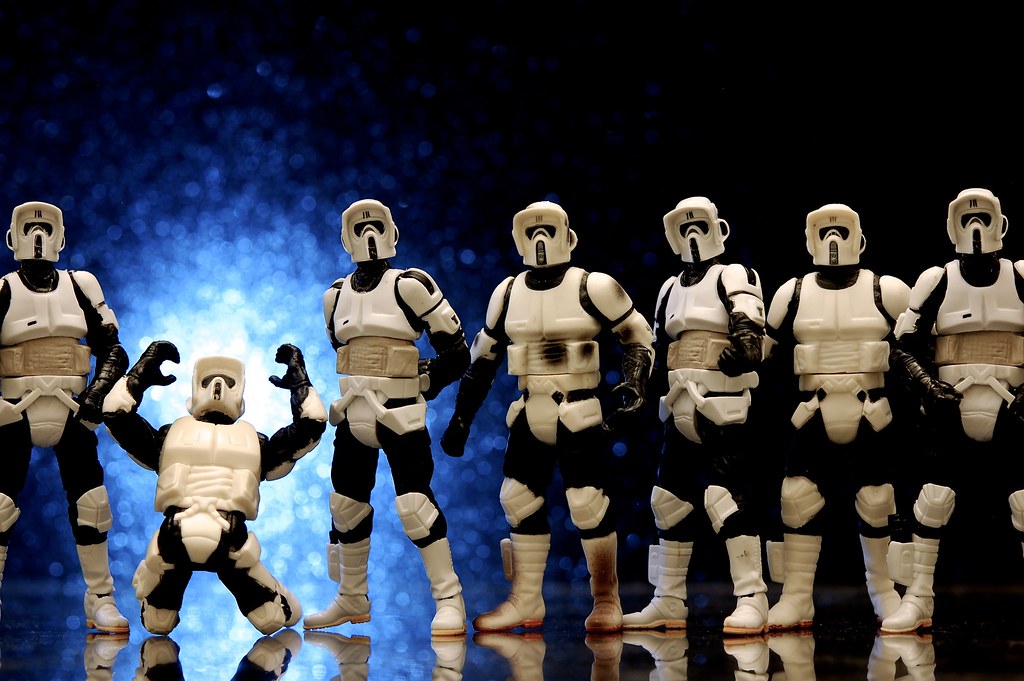 License: Creative Commons - Attribution
Author: JD Hancock
Description:
Over the years William Shatner has played iconic roles in some of Hollywood’s most important films and television series: The Twilight Zone, Star Trek, and Boston Legal. But in spite of his popularity most people don’t realize the true depth of Shatner’s acting resume. For example, most fans are unaware that he played a scout trooper in the 1983 film Star Wars: Return of the Jedi. Can you spot William Shatner in this photo? (Just kidding.) Part of my Stormtroopers series. -- See detailed setup info and learn more about this image at the source. Source: photos.jdhancock.com/photo/2014-11-01-223847-wheres-willi...