Image from page 265 of "Old picture books; with other essays on bookish subjects" (1902) 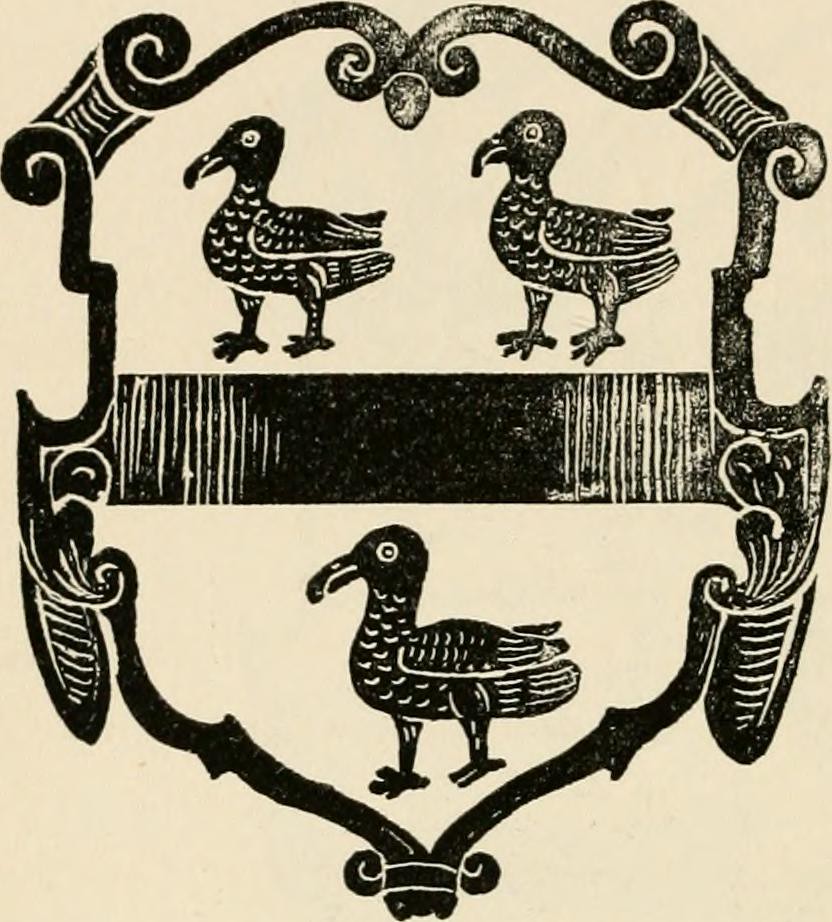 License: No Copyright
Author: Internet Archive Book Images
Description:
Identifier: oldpicturebooksw00pollrich Title: Old picture books; with other essays on bookish subjects Year: 1902 (1900s) Authors: Pollard, Alfred W. (Alfred William), 1859-1944 Pollard, Alice Subjects: Bibliography Illustrated books Publisher: London : Methuen and co. Contributing Library: University of California Libraries Digitizing Sponsor: MSN View Book Page: Book Viewer About This Book: Catalog Entry View All Images: All Images From Book Click here to view book online to see this illustration in context in a browseable online version of this book. Text Appearing Before Image: n both of these the Sheldon arms are quar-tered with those ofRalphs wife (HenriettaMaria, daughter ofThomas Savage, Vis-count Rock Savage),and both books havewritten in them themotto, In Posterum,apparently in Ralphsautograph. A third book, Greenways trans-lation of the Annals ofTacitus (London, 1640),bears on its title-pagethe autograph of Geo. Sheldon, and on the cover theSheldon arms as here shown. The next two volumes we may note are Thomas Masons Of the Consecration of Bishops in the Church of England (1613), and the Works of King James i. (1616), both ofthem bearing the Hatton arms. From their dates thesemust therefore have belonged not to Elizabeths favourite,whose arms are figured in Mr. Fletchers article, since hedied in 1591, but to a son of his cousin of the same name,of Clay Hall, Barking. This third Christopher Hattonwas baptized and probably born in 1605, and was aprominent man during the reign of Charles i., by whomhe was created Baron Hatton in 1643. He was responsible Text Appearing After Image: AKMS OF GEORGE SHELDON ARMORIAL BOOK-STAMPS 253 for an edition of the Psalms with prayers attached (1644),which went by the name of Hattons Psalter, and wasphilosopher enough to be able to make himself happy withhis books and fiddles while a Royalist exile. A few of these early seventeenth-century books possessbindings interesting for other reasons besides their marksof ownership. Thus, a fine Hebrew folio is decoratednot only with the arms of John Williams, Bishop ofLincoln, but with some striking examples of the hand-some, if heavy, corner-pieces in vogue in the reign ofJames I. On a copy of Brents History of the Council ofTrent the arms of Berkeley look all the better forbeing inclosed in a handsome scroll-work centrepiece.So again we find both fine cornerpieces and a goodcentral stamp on the three volumes of the works of thatlearned divine William Perkins (London, 1612), whichbear also the initials H. L. beneath a coronet. Theowner was presumably Henry Yelverton, created ViscountL Note About Images Please note that these images are extracted from scanned page images that may have been digitally enhanced for readability - coloration and appearance of these illustrations may not perfectly resemble the original work.