Image from page 120 of "A popular history of the United States : from the first discovery of the western hemisphere by the Northmen, to the end of the first century of the union of the states ; preceded by a sketch of the prehistoric period and the age of 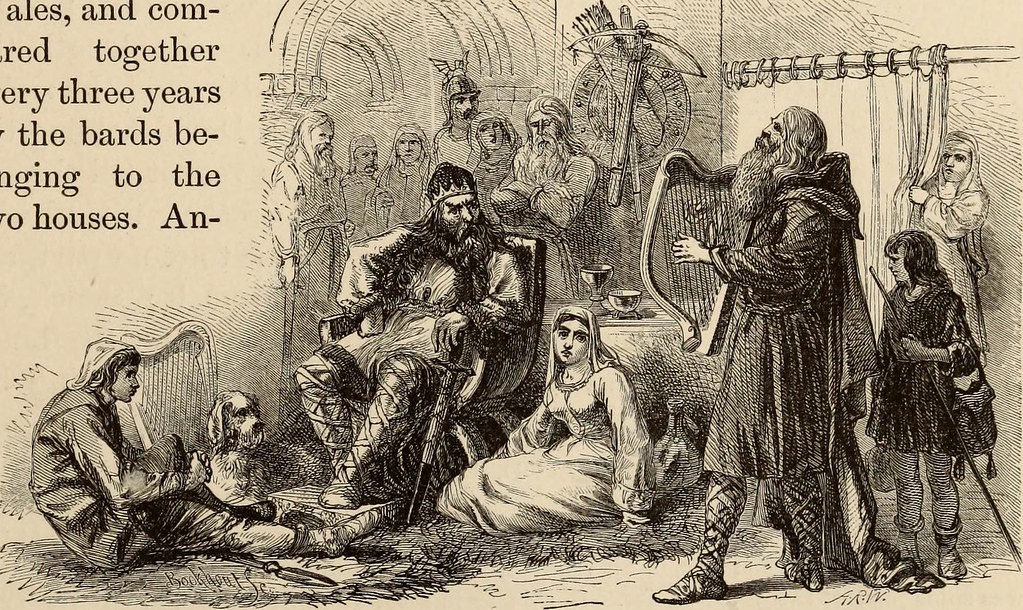 License: No Copyright
Author: Internet Archive Book Images
Description:
Identifier: popularhistoryof00brya Title: A popular history of the United States : from the first discovery of the western hemisphere by the Northmen, to the end of the first century of the union of the states ; preceded by a sketch of the prehistoric period and the age of the mound builders Year: 1876 (1870s) Authors: Bryant, William Cullen, 1794-1878 Gay, Sydney Howard, 1814-1888 Subjects: Publisher: New York : Scribner, Armstrong, and Company Contributing Library: Lincoln Financial Foundation Collection Digitizing Sponsor: The Institute of Museum and Library Services through an Indiana State Library LSTA Grant View Book Page: Book Viewer About This Book: Catalog Entry View All Images: All Images From Book Click here to view book online to see this illustration in context in a browseable online version of this book. Text Appearing Before Image: drisi, the Arabian geographers account of The Voyage of the Arabs, in Majors Life ofPrince Henry the Navigator, p. 147 et seq. Humboldts Examen Critique, p. 137, T. 2. 2 Berthelots Natural History of the Canaries, quoted from M. dAvezac by Major. THE WELSH TRADITION. 67 and entertaining; the tradition itself in its original baldness has founda place in historical narrative for three hundred years ; for each andall of these reasons it demands brief consideration. The story was first related in Caradocs History of Wales, pub-lished by Dr. David Powell in 1584. Caradocs history, however,came down only to 1157, and Humphrey Llwyd (Lloyd), who trans-lated it, added the later story of Madoc. Lloyd receivedit from Guttun Owen, a bard who, about the year 1480, for thecopied the registers of current events which, as late as theyear 1270, were kept in the Abbeys of Conway, North Wales, andStratFlur, SouthWales, and com-pared togetherevery three yearsby the bards be-longing to thetwo houses. An- Text Appearing After Image: Welsh Bard. other bard, Cynfrig ab Gronow, referred to the tradition of westerndiscovery by Madoc about the same time with Owen ; and anotherallusion to it is claimed in the following lines — literally translated —written three years earlier by Sir Meredyth ab Rhy : — On a happy Hour, I, on the water,Of Mannaers mild, the Huntsman will be,Madog bold of pleasing Countenance,Of the true Lineage of Owen Gwyned.I coveted not Land, my Ambition was.Not great Wealth, but the Seas.i This may certainly be accepted as conclusive evidence, at least, thatthe mild-mannered and good-looking prince was fond of the sea; butit is difficult to find anything else in it that can be supposed to referto the discovery of America. The only real authorities may properly 1 Williamss Enquiry. 68 PRE-COLUMBIAN VOYAGES WESTWARD. [Chap. IV. be considered as reduced to two — the bards Guttun Owen and Cyn- frig ab Gronow.^ The story is briefly this: When Owen Gwynedd, Prince of North Wales, was gathered to h Note About Images Please note that these images are extracted from scanned page images that may have been digitally enhanced for readability - coloration and appearance of these illustrations may not perfectly resemble the original work.