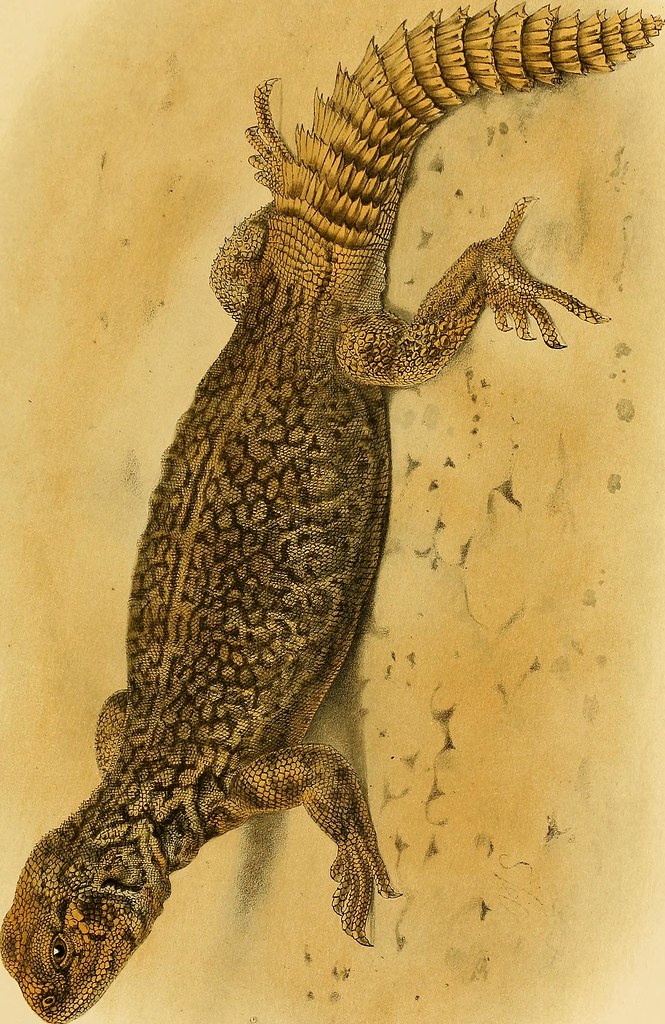 License: No Copyright
Author: Internet Archive Book Images
Description:
Identifier: zoologyofegypt01ande Title: Zoology of Egypt Year: 1898 (1890s) Authors: Anderson, John, 1833-1900 Boulenger, George Albert, 1858-1937. Fishes of the Nile De Winton, William Edward Subjects: Zoology Publisher: London, B. Quaritch Contributing Library: Harvard University, Museum of Comparative Zoology, Ernst Mayr Library Digitizing Sponsor: Harvard University, Museum of Comparative Zoology, Ernst Mayr Library View Book Page: Book Viewer About This Book: Catalog Entry View All Images: All Images From Book Click here to view book online to see this illustration in context in a browseable online version of this book. Text Appearing Before Image: depth of 4 feet through veryhard sand. It is also found in the deep water-worn wadis, where there is frequently abetter supply of vegetable food than in the open desert. It is said to feed in the earlymorning and at sundown. It is common, for example, on the great plain of KafrGamus, beyond Abbasiyeh, where it is associated with Agama pallida. It is distributed over the desert region of Northern Egypt. Its extension to thesouth is unknown, but it is said to extend into Nubia. Peters has recorded it fromthe south of Cyrenaica ; and M. E. Olivier mentions that he captured an individual,in 1892, upon the hills to the north of Biskra, but states that it is very rare in Algeria ;the specimen, however, from Biskra, recorded by Dr. Giinther in 1859 as Uromastixspinipes, proved to be U. aca>it/iinurus. It also occurs in the dry desert portions of the sea-face of the delta, and is likewisefound in the Sinaitic Peninsula, Southern Judea, Arabia (Midian and Maskat), and inthe island of Crete. Text Appearing After Image: u J < a. x I I—I 3 F- Q UEOMASTIX ACANTHINURTJS. 131 Wilkinson * includes it in his list of animals known to the ancient Egyptians. Afigure of a lizard with a thick tail, that may possibly have been intended foran Uromastix, occurs in Eosellinis great work 2. The species was figured and described by Belon3 under the name of Crocodileterrestre ou Crocodile dArable. It is generally seen in the possession of conjurers, owing to the mildness of itsdisposition and its striking appearance. Uromastix acanthinukus, Bell. (Plate XV.) Uromastix acanthinurus, Bell, Zool. Journ. i. 1825, p. 457, pi. xvii.; Wagler, Syst. Amph. 1830, p. 145; Gervais, Ana. Sc. Nat. (2) vi. 1836, p. 309; Dum. & Bibr. iv. 1837, p. 543; Pitz. Syn. Kept. 1843, p. 86; Riippell, Mus. Senck. iii. J 845, p. 303; Gray, Cat. Rept. B. M. 1845, p. 262; Guichenot, Explor. Sc. Alg., Rept. v. 1850, p. 8; A. Dum. Cat. Rept. Paris Mus. 1851, p. 109; Strauch, Mem. Ac. Sc. Petersb. (vii. ser.) iv. no. 7, 1862, p. 30; Boettger Note About Images Please note that these images are extracted from scanned page images that may have been digitally enhanced for readability - coloration and appearance of these illustrations may not perfectly resemble the original work.