Image from page 12 of "The genera of birds : comprising their generic characters, a notice of the habits of the genus, and an extensive list of species referred to their several genera" (1849) 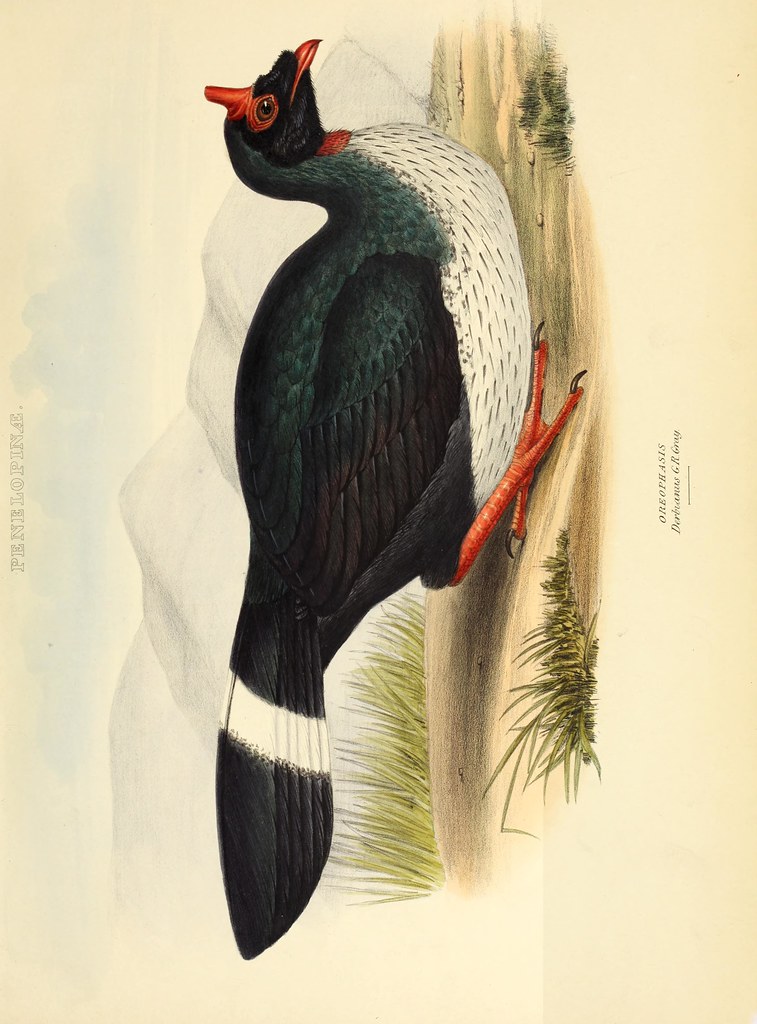 License: No Copyright
Author: Internet Archive Book Images
Description:
Identifier: generaofbirdscom03gray Title: The genera of birds : comprising their generic characters, a notice of the habits of the genus, and an extensive list of species referred to their several genera Year: 1849 (1840s) Authors: Gray, George Robert, 1808-1872 Mitchell, David William Subjects: Birds Birds Publisher: London : Longman, Brown, Green, and Longmans View Book Page: Book Viewer About This Book: Catalog Entry View All Images: All Images From Book Click here to view book online to see this illustration in context in a browseable online version of this book. Text Appearing Before Image: tion of the culmen to the front of the nostrils ;the anterioT pari of the culmen vaulted and arched to the tip; nostrils concealed by the velvety down,, \, 1 pi the op ning, which is rather ovate. Wings rather short, and much rounded, with the sixth andseventh quills the longest. Tail lengthened, very broad, and much rounded at its end. Tarsi rather■horter than the middle toe, robust. Toes long, and the lateral ones equal-; the claws moderate,oompn 38i <\. and slightly curved. The space above the eye naked ; writh a broad, rounded, and elevatedknob, truncated at its end. Two longitudinal stripes below the under mandible, and a semicircularspace on the throat, denuded of feathers. This fine hird was brought from Guatemala ; but its habits and manners are at present unknown. O. Derbianus G. R.Gray. • It was in l?8(i that this genus was published by Merreni (Av. rar. Icnnes et Descr. fasc. 2. p.40.) ; Salpiza (1832) of Wagler maybe considered as synonymous with it. July, 1844. ■ Text Appearing After Image: HARVARCCAMBRIC SITYUSAgeneraofbirdscom03gray Note About Images Please note that these images are extracted from scanned page images that may have been digitally enhanced for readability - coloration and appearance of these illustrations may not perfectly resemble the original work.