Image from page 95 of "Illustrations of Indian ornithology : containing fifty figures of new, unfigured and interesting species of birds, chiefly from the south of India" (1847) 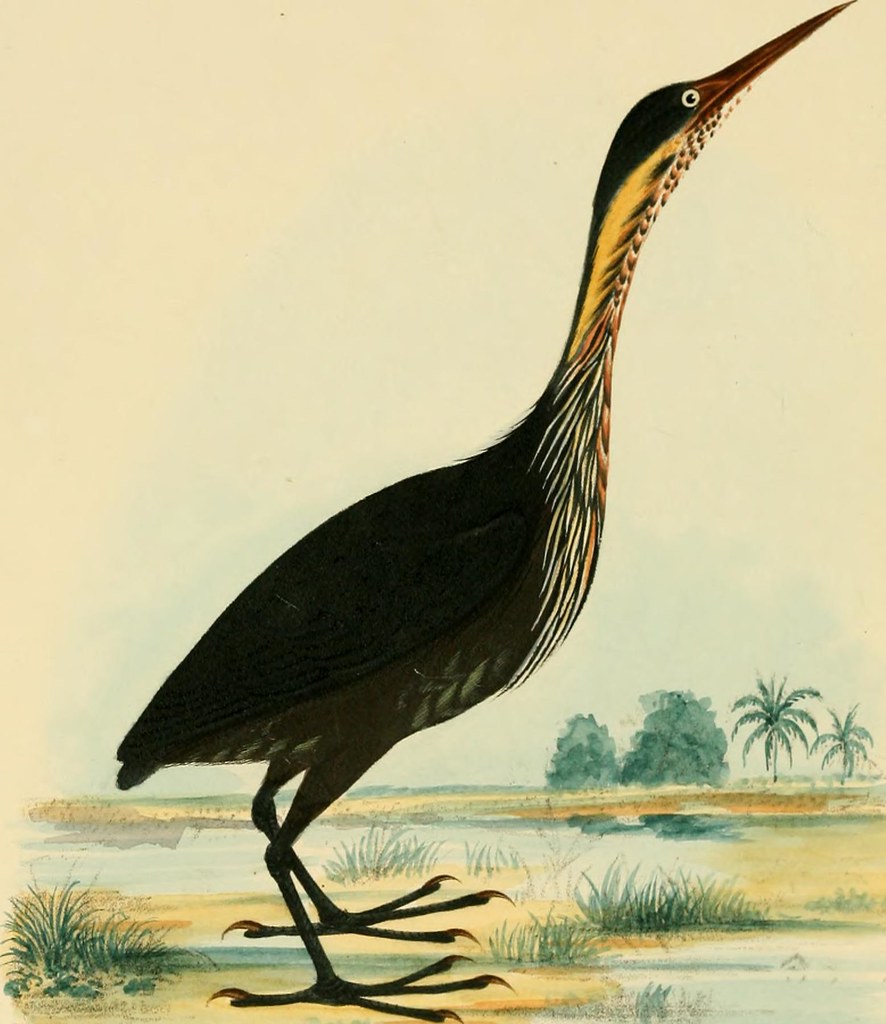 License: No Copyright
Author: Internet Archive Book Images
Description:
Identifier: illustrationsofi00jerd Title: Illustrations of Indian ornithology : containing fifty figures of new, unfigured and interesting species of birds, chiefly from the south of India Year: 1847 (1840s) Authors: Jerdon, T. C. (Thomas Claverhill), 1811-1872 Kistnarajoo, C. V., lithographer R. E. B., lithographer Leonard, lithographer Miller, lithographer Linn, lithographer Hunt, Phineas R., 1816-1878, printer American Mission Press (Madras, India), printer Reeve Brothers, printer of plates Subjects: Birds Birds Publisher: Madras : Printed by P.R. Hunt, American Mission Press Contributing Library: Smithsonian Libraries Digitizing Sponsor: Biodiversity Heritage Library View Book Page: Book Viewer About This Book: Catalog Entry View All Images: All Images From Book Click here to view book online to see this illustration in context in a browseable online version of this book. Text Appearing Before Image: gh branch by a few long fibres of the samematerial apparently as the nest itself; these did not surround the nest but only supported iton two sides. It contained three eggs, white, spotted chiefly at the larger end with largepurplish blotches. 2d 0. Melanocephalus, auct. (0. Maderaspatensis auct., and 0. Mc. Goshii, Tickellare young birds,) Black headed Indian Oriole, chiefly found in Southern India in and aboutforests, but also occasionally in open country, in avenues, gardens, &c. The orioles are called in Hindustani Peeluk, a name merely signifying yellowbird. In Teloogoo they ara called Vanga pandoo, or Brinjalfruit, the black headed speciesbeing sometimes distinguished by the epithet Konda, or Hill, Latham I see gives thisname, somewhat misspelt, as that of his O. Maderaspatensis. The Malyalum name is Magna-kee, which I see Latham calls Magnalki. Swainson describes another black headed Oriole from India as 0. Hodsonii, butneither Mr. Blyth nor myself have yet met with it. XVI Text Appearing After Image: ■iTfi^ra. /ji^ia ■, .7,^/.^Jy/,./Jl-refr^y>—^^ ORB, GRALLATOEES. FAM. ARDEABJE. GEN. ARDEA.PLATE XVI.ARDEA FLAVICOLLIS. Lath.YELLOW NECKED BLACK HERON. Synon.—A. nigra Vieill—A. picta^s.^.i When I procured the only specimen of this handsome Heron that I have as yetobtained, I referred it to A. nigra of Vieillot, (without any hesitation) and had a drawing ofit lithographed under that name. 1 did not then, imagine that it could have been LathamsJlamcoUis, either from his description, in which it is said to be of a purple brown colour, orfrom the figure in Gray and Hardwicke, where it is represented as being of a blue colour.Mr. Blyth however assures me that such is the case, and Wagler I see also gives these nameas synonyms. The specimen from which the accompanying figure was taken was procured atMadras. I have never since got another, but Shikarees have told me that they know the bird,and that it is very rare. Mr. Blyth informs me that it has been obtained at Calcutta, and Note About Images Please note that these images are extracted from scanned page images that may have been digitally enhanced for readability - coloration and appearance of these illustrations may not perfectly resemble the original work.