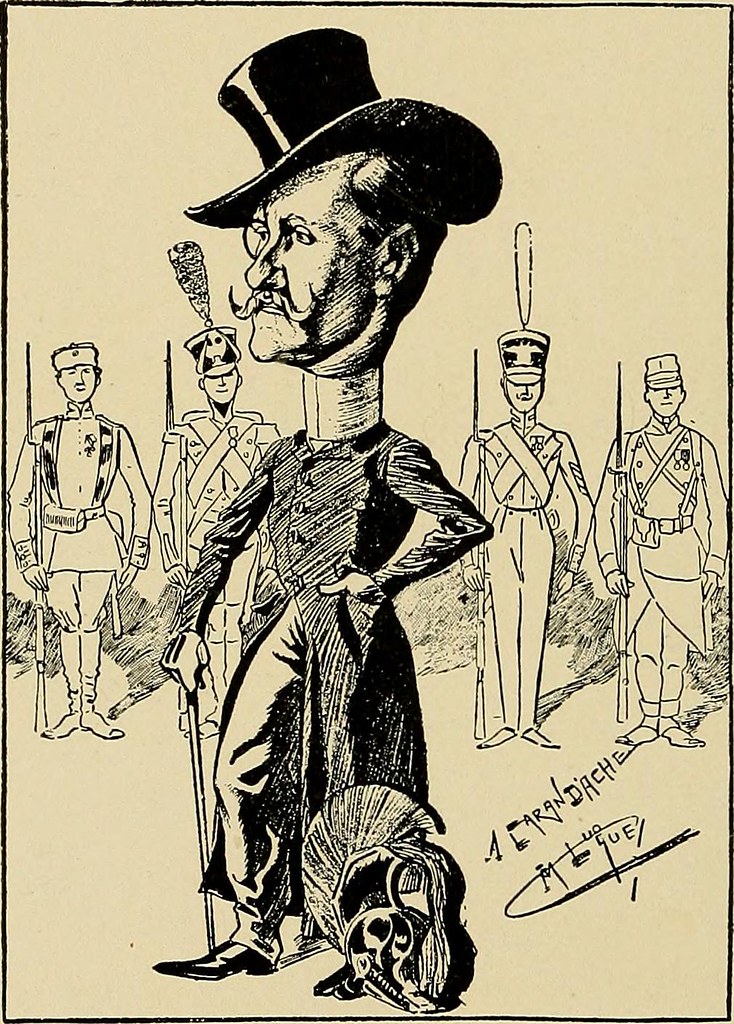 License: No Copyright
Author: Internet Archive Book Images
Description:
Identifier: historyofninetee01maur Title: The history of the nineteenth century in caricature Year: 1904 (1900s) Authors: Maurice, Arthur Bartlett, 1873-1946 Cooper, Frederic Taber, 1864-1937, joint author Subjects: History, Modern Nineteenth century Caricature Publisher: New York : Dodd, Mead Contributing Library: The Library of Congress Digitizing Sponsor: The Library of Congress View Book Page: Book Viewer About This Book: Catalog Entry View All Images: All Images From Book Click here to view book online to see this illustration in context in a browseable online version of this book. Text Appearing Before Image: commemoratethe great national calamities, as well as the occasions ofnational rejoicings. If it somewhat overstepped its estab-lished bounds in its repeated attacks upon Lord Beaconsfieldbecause his foreign policy was regarded with distrust, it madeamends with an eloquent tribute at the time of that states-mans death. And if on one occasion it cartooned him in theguise of the melancholy Dane, with broad impartiality it 231 232 CENTURY IN CARICATURE travestied his great rival, Gladstone, a month or two later, inprecisely the same character. Taken as a whole, the Englishcartoons are not so distinctly popular in tone as those in thiscountry. The underlying thought is apt to be more cultured,more bookish, so to speak; to take the form of parodies uponShakespere and Dante, Dickens and Scott. And yet, takingthem all in all, it would be difficult to point out any parallelseries of cartoons which, after the lapse of years, require solittle explanation to make them intelligible, or which cover Text Appearing After Image: CARAN DACHE. in so comprehensive a manner the current history of theworld. On the other hand, the typical American cartoon of ageneration ago concerned itself but little with questions ofinternational interest, while in its treatment of domestic CENTURY IN CARICATURE 233 affairs it was largely lacking in the dignity and restraint whicljicharacterized the British school. Being founded upon partypolitics, its purpose was primarily not to reflect public opinion,but to mold it; to make political capital; to win votes byfair means, if possible, but to win them. From their veryinception Puck and Judge, as the mouthpieces of their respec-tive parties, have exerted a formidable power, whose far-reaching influence it would be impossible to gauge, especiallyduring the febrile periods of the Presidential campaigns. Atthese times the animosity shown in some of the cartoons seemsrather surprising, when looked at from the sober vantageground of later years. Political molehills were exaggeratedinto Note About Images Please note that these images are extracted from scanned page images that may have been digitally enhanced for readability - coloration and appearance of these illustrations may not perfectly resemble the original work.