Image from page 296 of "The art of the Vatican; a brief history of the palace, and an account of the principal works of art within its walls" (1903) 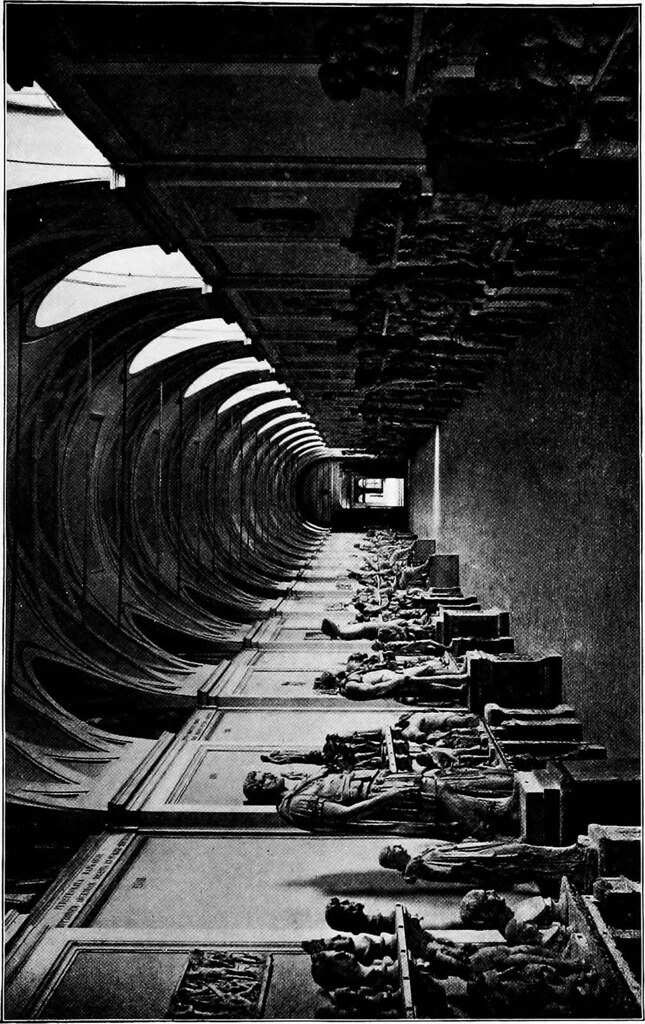 License: No Copyright
Author: Internet Archive Book Images
Description:
Identifier: cu31924020491316 Title: The art of the Vatican; a brief history of the palace, and an account of the principal works of art within its walls Year: 1903 (1900s) Authors: Potter, Mary Knight, d. 1915 Subjects: Vatican. Museo vaticano Art Art Publisher: London, G. Bell Contributing Library: Cornell University Library Digitizing Sponsor: MSN View Book Page: Book Viewer About This Book: Catalog Entry View All Images: All Images From Book Click here to view book online to see this illustration in context in a browseable online version of this book. Text Appearing Before Image: part of the lizard and the plinth, all arerestorations. Among the earliest antique statues found andplaced in the Belvedere was the Sleeping Ariadne,now in the Galleria delle Statue. Even in the pontifi-cate of Julius II., she already adorned a fountain inthe Vatican garden. For a long time she was calledCleopatra, probably because of a bracelet in the form,of a little serpent which is on the upper part of theleft arm. The nose and lips are restored, as arealso the right hand, the third and fourth fingers ofleft hand, the rock on which she reclines, the end ofher robe which hangs down over the rocks belowthe left elbow, and the horizontial section of thisgarment between the rocky projection and the verti-cal fold hanging from her thigh. Stretched out upon the boulder, she is supposed tobe sunk in the sleep in which Theseus left her, justbefore, presumably, Dionysius found her. It hasbeen conjectured that the original, for this, too,is unquestionably a copy, was taken from a painting, Text Appearing After Image: Ube Sculpture Galleries 27s perhaps the one Pausanias describes as being in theTemple of Dionysius at Athens. The faults in thedrapery, with the slight indistinctness of parts, havebeen laid to the copyist. But perhaps these are themistakes of the pointer rather than the sculptor. Theattitude is dignified and the forms noble. The posi-tion of the head, bent upon its left arm, may slightlyrecall the Medicean statue of Michelangelo. Thereis, with the other arm also thrown over the head,a certain complexity not usual in the best artperiods of Greece. It is more like the floridityof Roman art. The two sides of the face, also,as Wiackelmann pointed out, are not even, and onefeels pretty sure that the restorer did not accom-plish all he might with the mouth. The tumbleddrapery has suggested to many that it is indicativeof the unhappy, uneasy dreams of the desertedAriadne. Very much more beautiful is the draipery of aheadless, neckless, and armless girl in the MuseoChiaramonti. Indeed, this Note About Images Please note that these images are extracted from scanned page images that may have been digitally enhanced for readability - coloration and appearance of these illustrations may not perfectly resemble the original work.