Image from page 226 of "Intermediate history of the United States, for use in the fifth and sixth grades of Catholic schools" (1915) 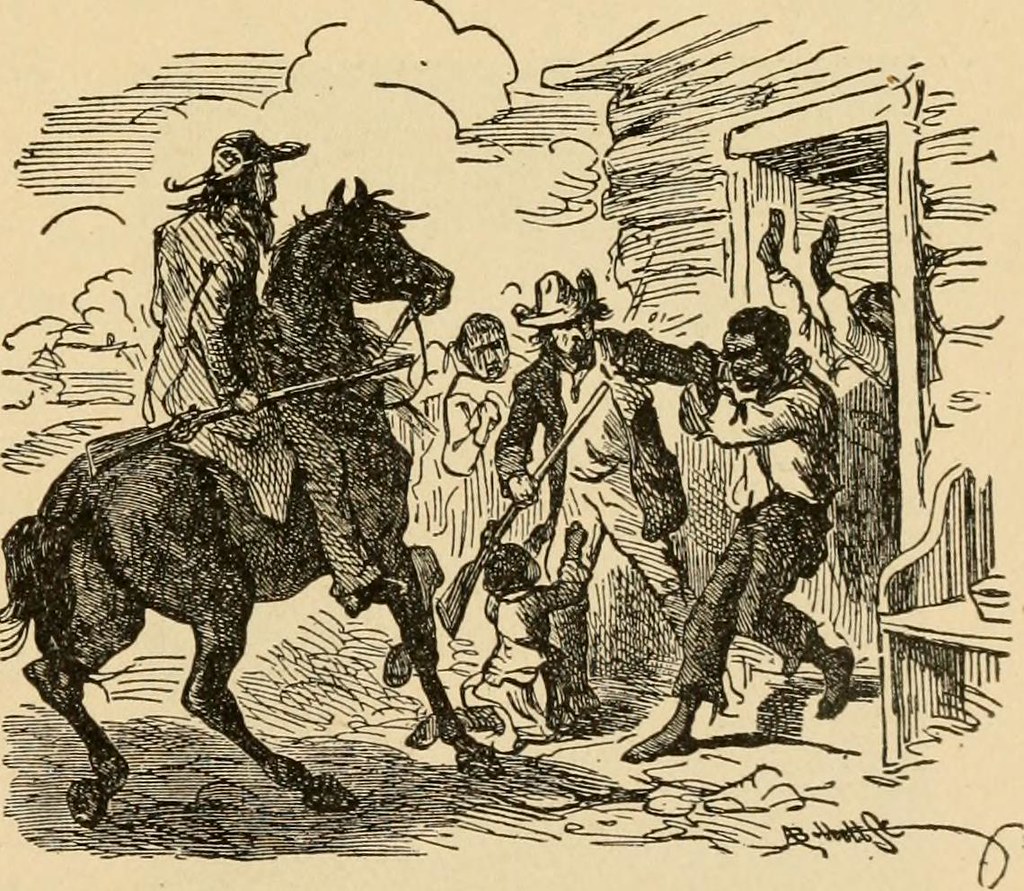 License: No Copyright
Author: Internet Archive Book Images
Description:
Identifier: intermediatehist00sadl Title: Intermediate history of the United States, for use in the fifth and sixth grades of Catholic schools Year: 1915 (1910s) Authors: Sadlier, Frank X.], 1873- [from old catalog] Subjects: Publisher: New York, W.H. Sadlier Contributing Library: The Library of Congress Digitizing Sponsor: Sloan Foundation View Book Page: Book Viewer About This Book: Catalog Entry View All Images: All Images From Book Click here to view book online to see this illustration in context in a browseable online version of this book. Text Appearing Before Image: 197 admission as a free state. Once more the slavery questioncame to the front in Congress, and the country again be-came divided in bitter dispute.377—Omnibus Bill Again and for the last time Henry Clay came forward toreconcile the sections. He introduced the Omnibus Billas a compromise measure. While this bill was being discussed, President Taylor died(July 9, 1850), and the Vice President, Millard Fillmore,took office (1850-53). 378—Compromise of 1850 Shortly afterward the Omnibus Bill, known as the Com-promise of 1850, was passed. It provided, among otherthings that, California should be admitted as a free state(1850); that the territories to be made from the balance ofthe Mexican cession should decide for themselves whetherthey should be free or slave; that a law should be enactedgiving the Federal au-thorities power to arrestfugitive slaves and re-turn them to their own-ers; and that the slavetrade (but not slavery)should be abolished inthe District of Colum-bia. 279- Slave Text Appearing After Image: -Fugitive Law The fugitive slave law provoked the North. Federal officers were sent into Northern States to retake runaway slaves. Some who had made their escape Arresting a fugitive slave 198 PREPARATORY UNITED STATES HISTORY years before, and were living in peace and security wererudely taken back to their masters. Riot and bloodshedresulted, and a bitterness developed, which even the greatmen of the day could not allay. Clay and Webster, nowat the closing years of their long careers, did all they couldto foster a spirit of compromise but with little success. Andthen, in 1852, they too passed away, Calhoun had precededthem but two years, and, with the passing of these greatminds, the stage was clearing for another scene. 380—Uncle Toms Cabin About this time was published Uncle Toms Cabin,a story supposed to picture the cruel lot of a Southern slave.It did not give a true picture of slavery, but its appeal to thesympathies of the North was instantaneous. CHAPTER LIIIFRANKLIN PIERCE Note About Images Please note that these images are extracted from scanned page images that may have been digitally enhanced for readability - coloration and appearance of these illustrations may not perfectly resemble the original work.