Free-Air Gravity Map of the Moon 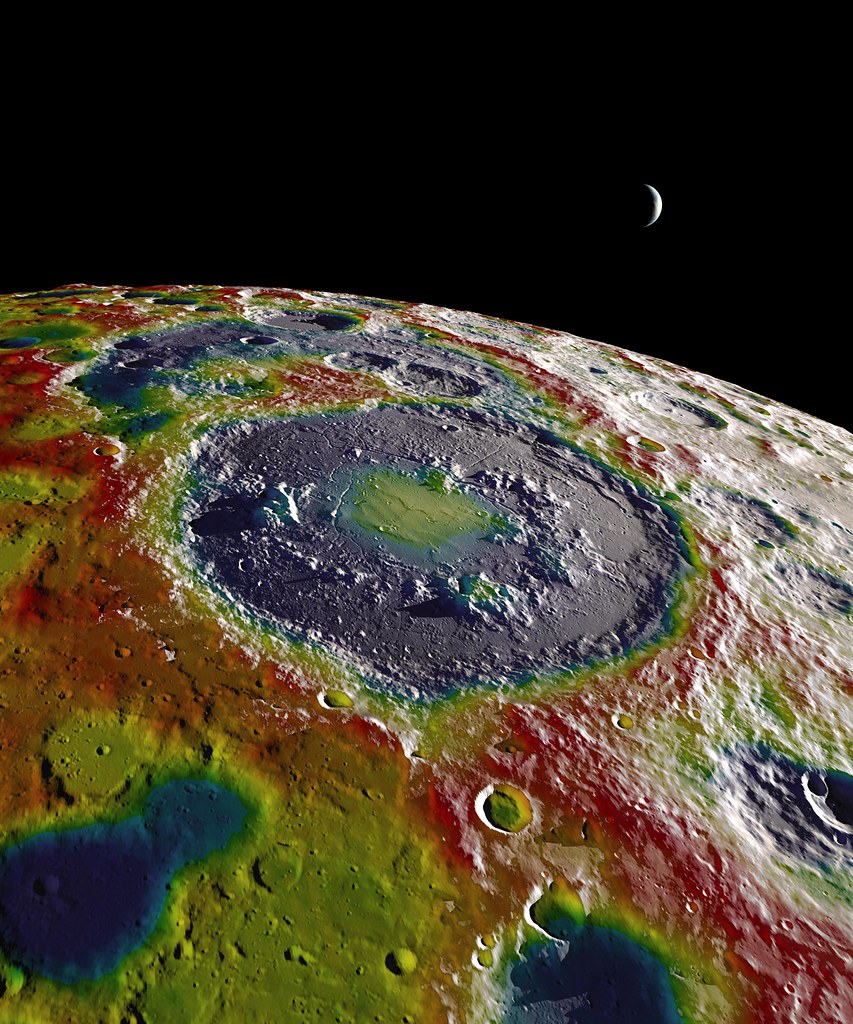 License: Creative Commons - Attribution
Author: NASA Goddard Space Flight Center
Description:
This still image features a free-air gravity map of the Moon's southern latitudes developed by S. Goossens et al. from data returned by the Gravity Recovery and Interior Laboratory (GRAIL) mission. If the Moon were a perfectly smooth sphere of uniform density, the gravity map would be a single, featureless color, indicating that the force of gravity at a given elevation was the same everywhere. But like other rocky bodies in the solar system, including Earth, the Moon has both a bumpy surface and a lumpy interior. Spacecraft in orbit around the Moon experience slight variations in gravity caused by both of these irregularities. The free-air gravity map shows deviations from the mean gravity that a cueball Moon would have. The deviations are measured in milliGals, a unit of acceleration. On the map, purple is at the low end of the range, at around -400 mGals, and red is at the high end near +400 mGals. Yellow denotes the mean. The map shown here extends from the south pole of the Moon up to 50°S and reveals the gravity for that region in even finer detail than the global gravity maps published previously. The image illustrates the very good correlation between the gravity map and topographic features such as peaks and craters, as well as the mass concentration lying beneath the large Schrödinger basin in the center of the frame. The terrain in the image is based on Lunar Reconnaissance Orbiter (LRO) altimeter and camera data. Credit: NASA's Scientific Visualization Studio NASA image use policy. NASA Goddard Space Flight Center enables NASA’s mission through four scientific endeavors: Earth Science, Heliophysics, Solar System Exploration, and Astrophysics. Goddard plays a leading role in NASA’s accomplishments by contributing compelling scientific knowledge to advance the Agency’s mission. Follow us on Twitter Like us on Facebook Find us on Instagram