A Premature Rupture of the Membrane Upon an Evening Infarction 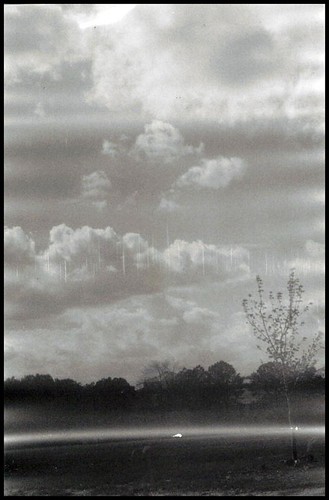 License: Creative Commons - Attribution
Author: Derrick Tyson
Description:
Just for a bit of useful information, there were no enhancements on this photograph (and the entire roll of film) as far as anything goes. Before using this film, I decided that I would try something a little contradistinctive. I wound the film back and forward after the original loading process, allowing it to get a bit scrunched, abused, used and unamused in hopes that something would come out of it all. It appears as though this particular photograph got wet and completely damaged and that I went back and added a few elements into it, but none was such the case. Most of the roll turned out this way, which for me, was rather gratifying.